In September 2006, the Civic Engagement Fund for Arab, Middle Eastern, Muslim, and South Asian (Fund) approved its first cycle of seventeen capacity building grants totaling $129,000 to support Arab, Middle Eastern, Muslim, and South Asian (AMEMSA) communities in the San Francisco Bay Area. The Civic Engagement Fund for AMEMSA Communities is a capacity building initiative designed to support AMEMSA nonprofit organizations through a mix of small grants and the provision of technical assistance. The Fund was developed through a strategic partnership between Asian Americans/Pacific Islanders in Philanthropy (AAPIP), an affinity group of the Council of Foundations, and The San Francisco Foundation, a regional community foundation. The collaborative now includes seven additional San Francisco Bay Area philanthropic institutions.

This paper explores this unique partnership between an affinity group and a community foundation developed with an explicit goal of developing new strategies to amplify the issues and challenges facing disadvantaged communities and identify innovative funding solutions. 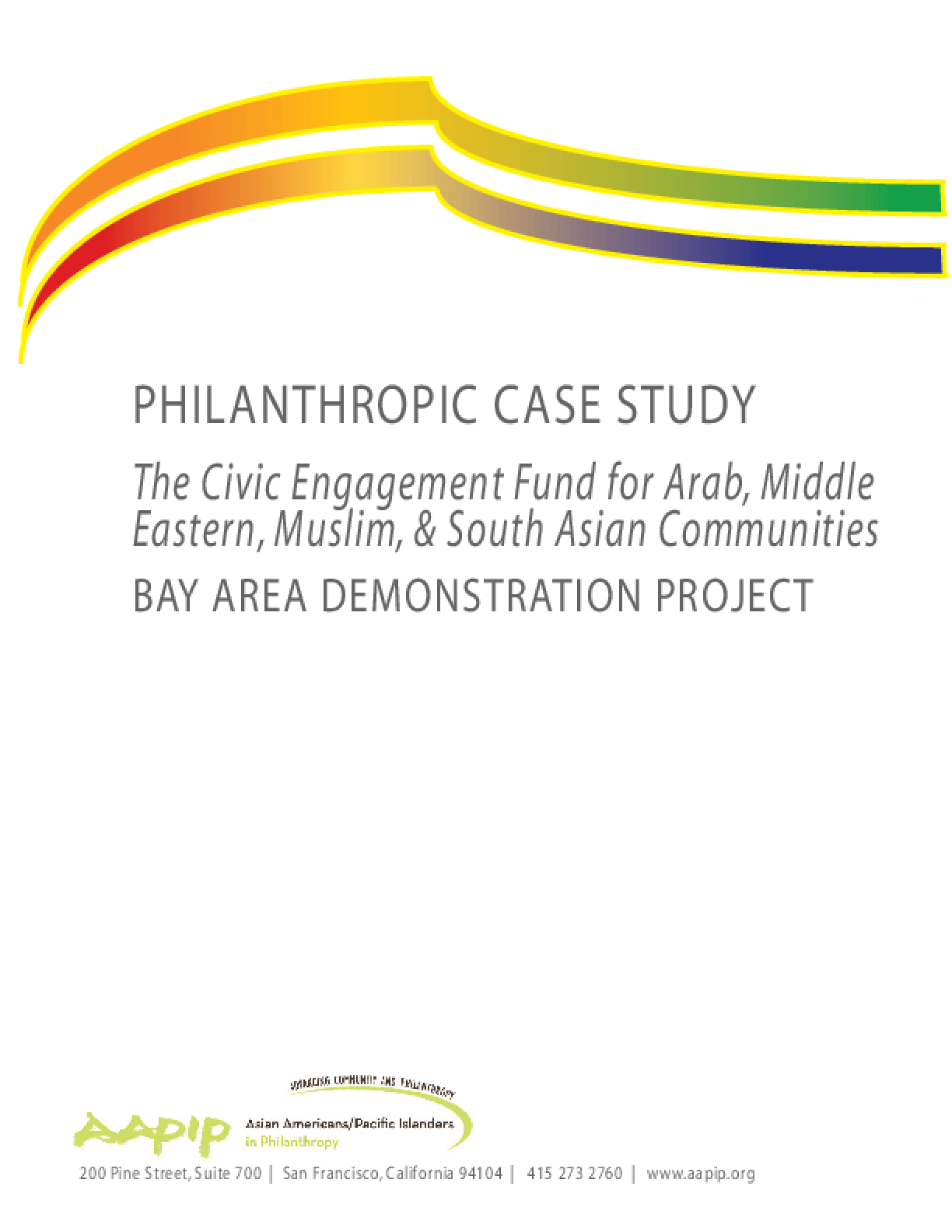