2015 Estimate of Homeless People in Chicago

Chicago Coalition for the Homeless (CCH) has developed a new methodology for estimating the homelesspopulation in Chicago throughout the year. CCH uses a definition of homelessness which incorporatesall those considered homeless under the U.S. Department of Housing and Urban Development's (HUD)definition, and also incorporates portions of the U.S. Department of Education (DOE) McKinney-Ventodefinition of homelessness. The DOE definition includes people who are living "doubled-up," which meansstaying with others due to loss of housing or economic hardship. CCH includes doubled-up households inour definition because it more accurately captures the way most people experience homelessness.

The methodology uses the U.S. Census Bureau's American Community Survey data to estimate the numberof doubled-up individuals in Chicago in 2015. It also uses data from the city's Homeless ManagementInformation System (HMIS) from 2015 to count those served in the shelter system. It then removes duplicatesby identifying individuals who experienced both forms of homelessness during the year. 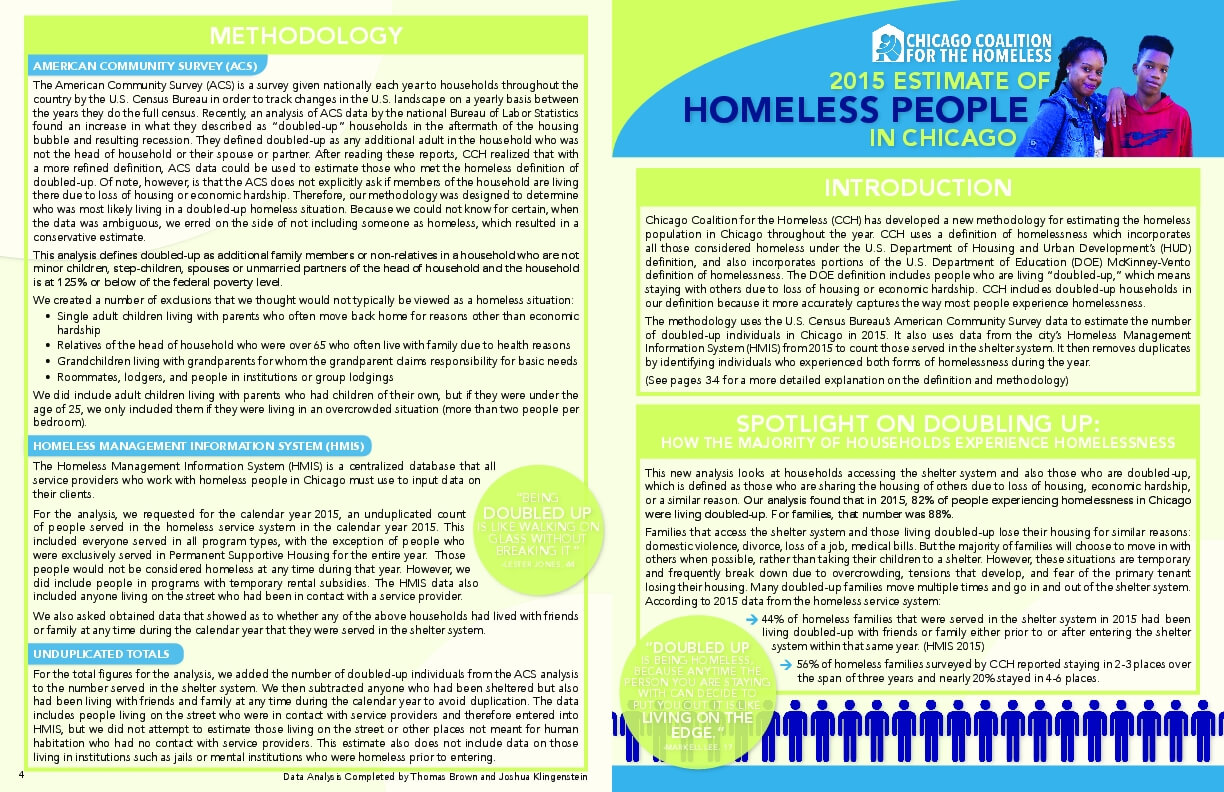