This study aims to understand the economic barriers and constraints facing adolescent girls in Rwanda, as well as the opportunities for building assets, increasing empowerment, and tackling discriminatory institutions so that girls can better access and benefit from viable opportunities. It delivers a situational analysis with recommendations that inform the design of programmes for creating economic empowerment for adolescent girls. 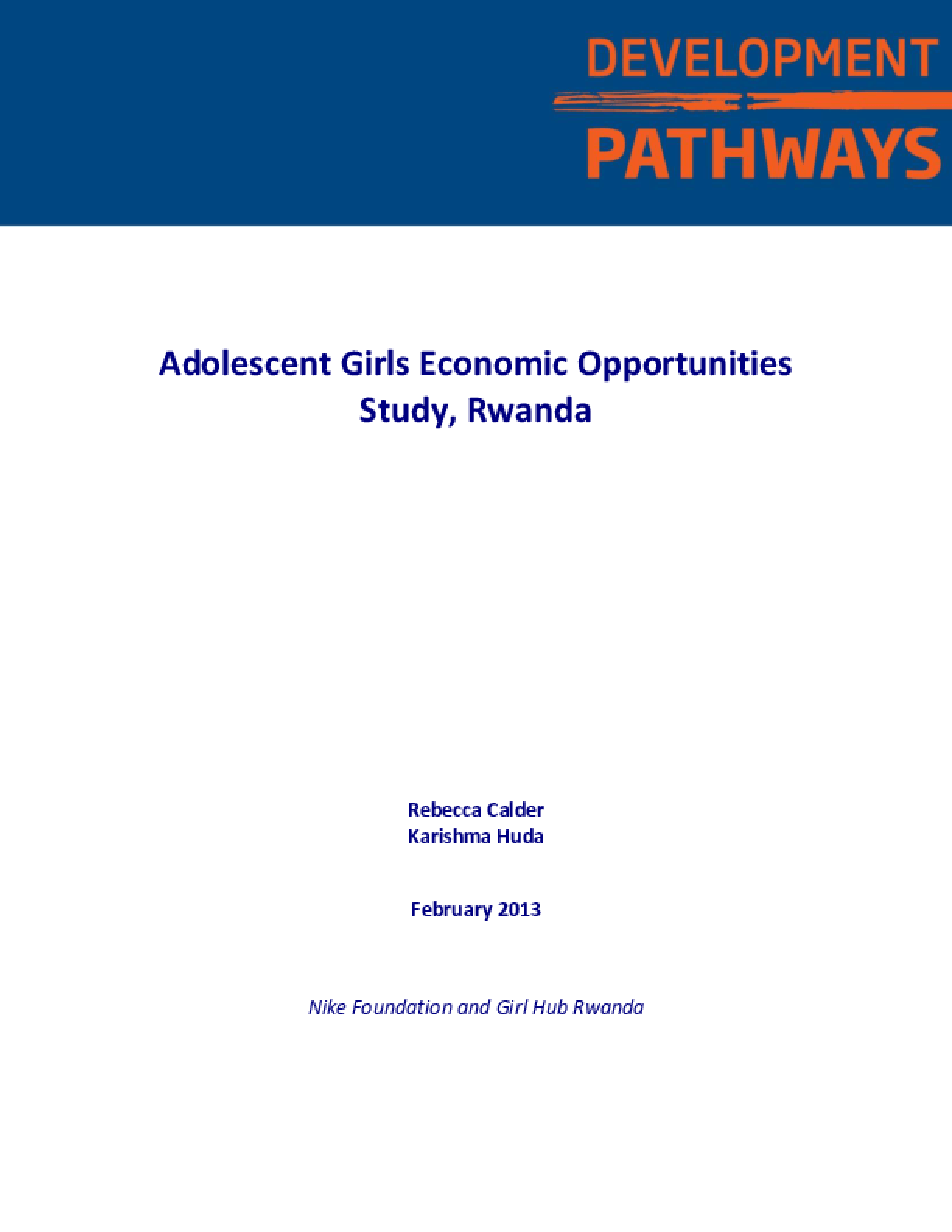