The 2015 edition of Advancing Human Rights: Update on Global Foundation Grantmaking analyzes $1.8 billion granted by 774 foundations in support of nearly 11,000 organizations worldwide. Among a consistent subset of human rights funders, giving increased 6 percent between 2011 and 2012, the latest year for which data are available. The third in an annual series produced jointly by Foundation Center and the International Human Rights Funders Group (IHRFG), this report is part of an ongoing effort to advance knowledge and facilitate strategic decision making in the field of human rights philanthropy.

Advancing Human Rights explores grantmaking by issue, population, and regional focus. Among the areas of human rights activity it analyzes -- such as access to justice and equality before the law, sexual and reproductive rights, and environmental and resource rights -- the area that benefited from the largest share of funding in 2012 (24 percent) was equality rights and freedom from discrimination. By population, women and girls were a stated focus of 26 percent of funding, followed by children and youth (21 percent) and migrants and refugees (11 percent). 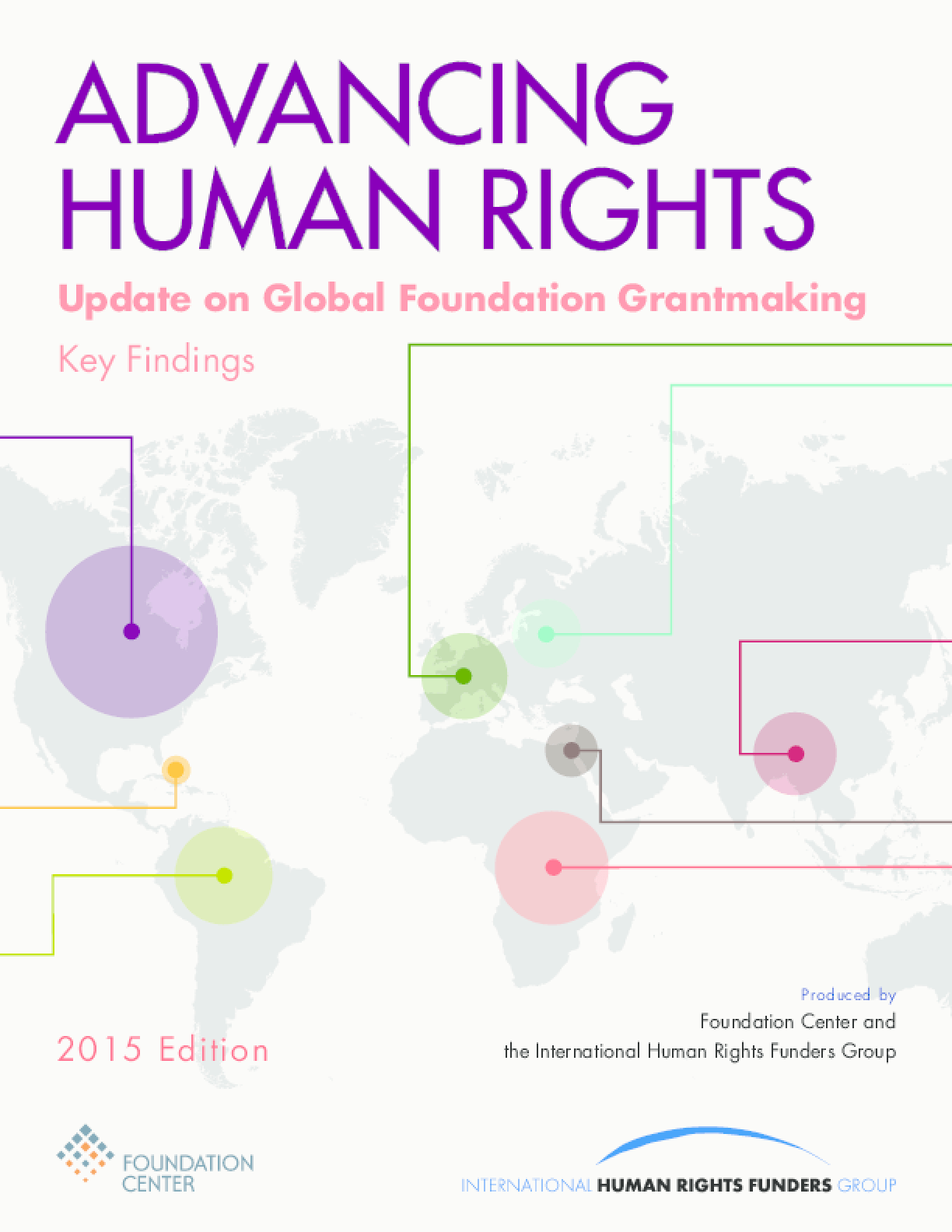