Taxpayer audits are a central feature of the voluntary compliance system in the United States federal individual income tax. Audits are thought to have a direct deterrent effect on the individuals actually audited. Audits are also believed to have an indirect deterrent effect on individuals not audited, and in fact there is some empirical evidence that audit rates affect compliance beyond the audited individuals themselves. However, empirical studies cannot measure or control for taxpayer awareness of audit risk, and they also cannot uncover the behavioral channels through which the direct and indirect effects operate; that is, the ways in which taxpayers learn about - and communicate among themselves - audit rates, and the subsequent effects on compliance, are not known and cannot be discovered by empirical studies. In this study, we use laboratory experiments to examine several types of information dissemination and taxpayer communication about audit frequency and audit results. These experiments allow us to test hypotheses about the effects of two types of communication of audit policies and results, in order to explore the direct and the indirect effects of audits: "official" information disseminated by the "government" (e.g., the experimenter) and "unofficial", or informal, communications among "taxpayers" (e.g., the subjects). Our results indicate that "unofficial" communications have a strong indirect effect on compliance: messages that indicate that a subject was not audited or was able to cheat actually reduce compliance, while messages that a subject was audited or paid his or her taxes increase compliance. Also, "official" announcements of information may not always encourage voluntary compliance. Working Paper 06-44 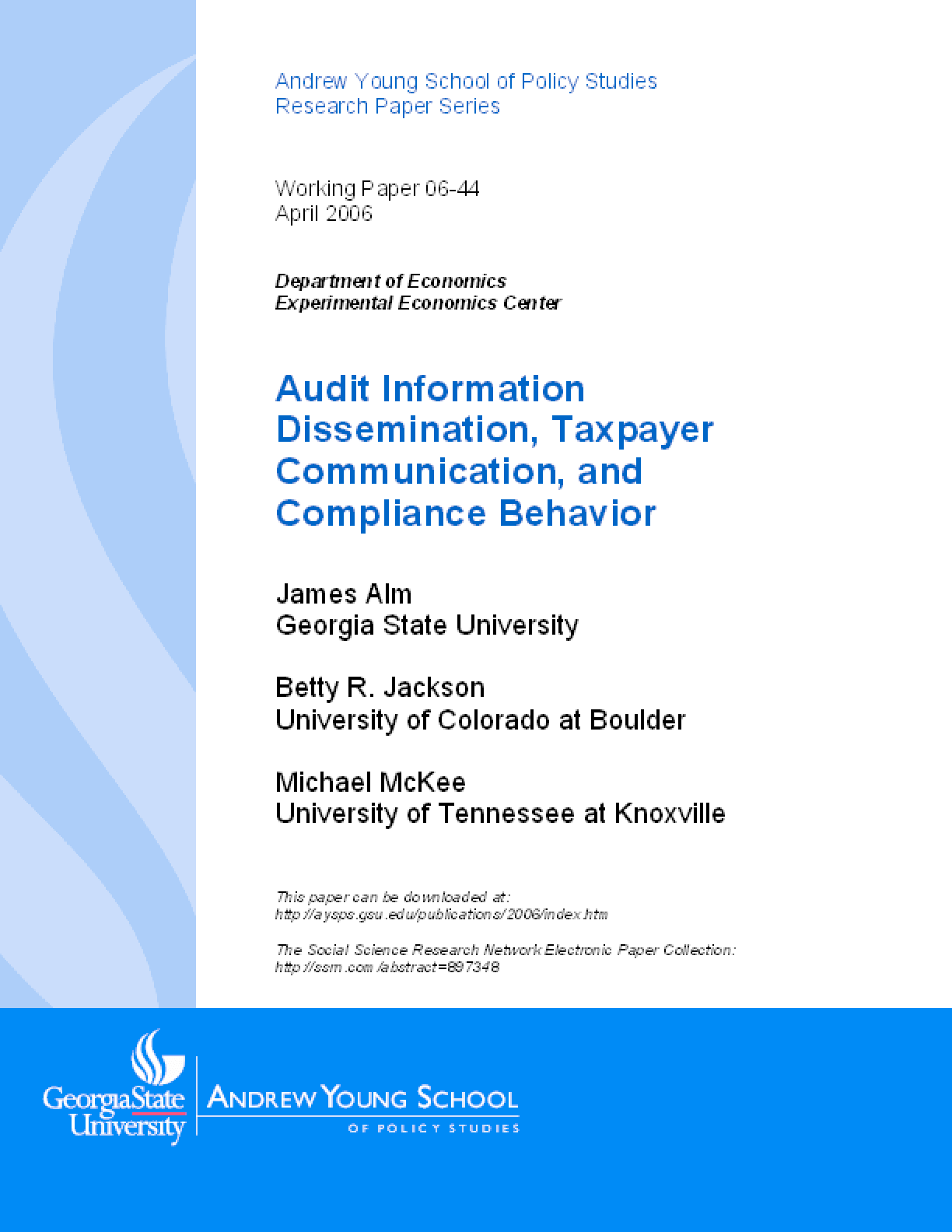