The purpose of this report is to make transparent racial inequities in NCAA Division I college sports. Specifically, the authors offer a four-year analysis of Black men's representation on football and basketball teams versus their representation in the undergraduate student body on each campus. The report concludes with recommendations for the NCAA and commissioners of the six major sports conferences, college and university leaders, coaches and athletics directors, journalists, and Black male student-athletes and their families. 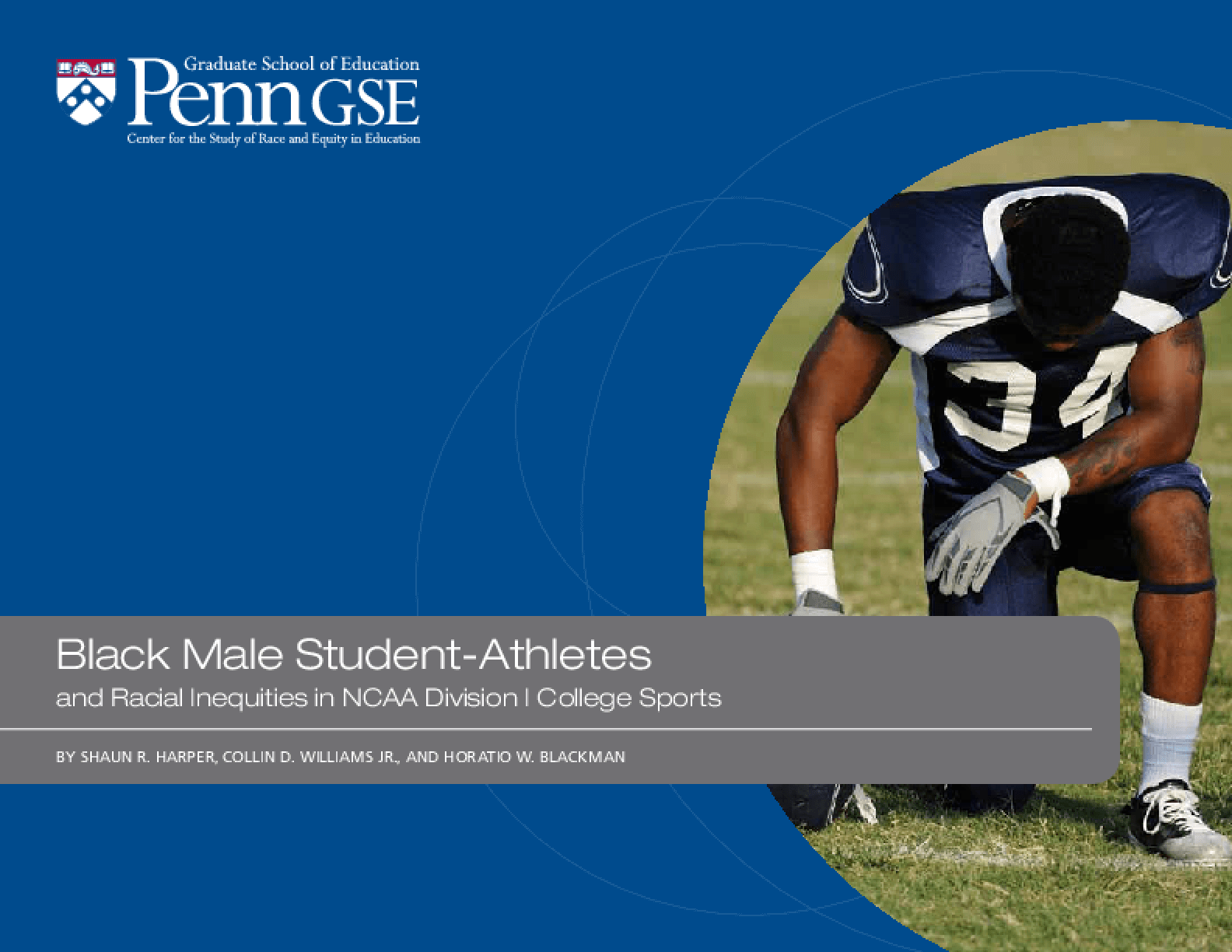