Data Snapshot: SNAP Declines Continue in 2016, but Not for Rural Places

by Jessica A. Carson

In 2016, 12.4 percent of households reported Supplemental Nutrition Assistance Program (SNAP, or food stamps) receipt, down 0.4 percentage point from 2015. Similar declines in suburbs and cities drove the national decrease, but the 14.8 percent of rural households receiving SNAP did not significantly change between 2015 and 2016.

Median income in rural SNAP households, at $17,884, was lower than in cities ($19,873) and suburbs ($24,583). Overall, SNAP receipt remains higher than before the Great Recession, though rates are slowly declining (see Figure 1). The share of SNAP households containing at least one worker increased between 2015 and 2016 (to 79.1 percent) as working families continue to struggle to make ends meet. 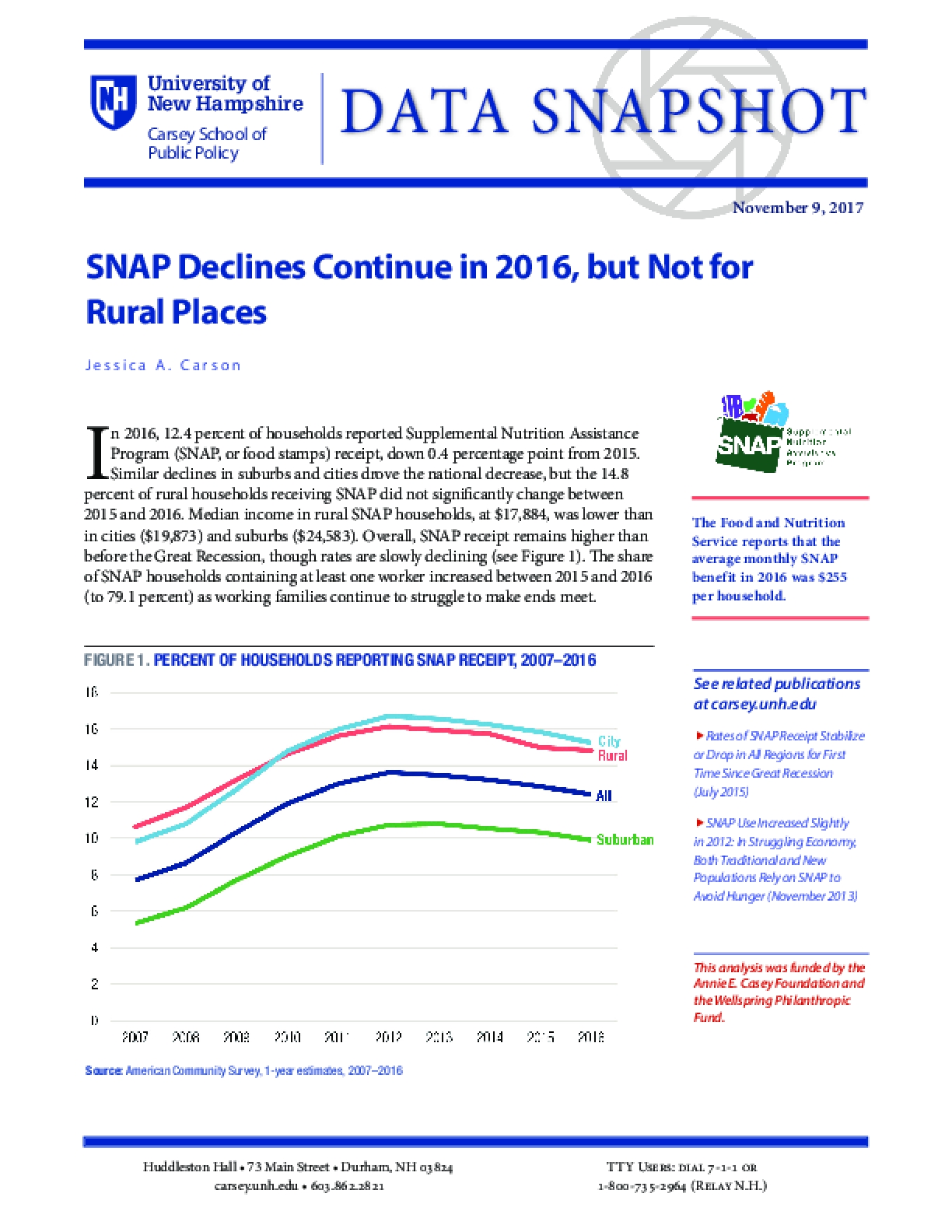