The Initiative leaders invested in evaluation from the start of the work together in order to learn along the way about what works and what needs adjustment, and to document the impact of the Initiative overall. Informing Change was invited to evaluate the first three years of the Initiative, beginning with facilitating the development of the Initiative's Theory of Change. We then designed a mixed-methods evaluation that includes surveys of teens and parents involved with Initiative programs; interviews with Jewish youth professionals; interviews with grantees, funders and other community stakeholders; and a review of grantee reports and other materials.

During the Initiative's first year, teen participants from the three grantee programs that were operational—JSC, Moving Traditions and BJTI—were invited to participate in a survey about their experiences in these programs and their involvement in Jewish life in their communities more broadly. JSC used a survey that it administers to all teens in its groups nationally. Informing Change designed surveys for Moving Traditions and BJTI with items from the Cross-Community Evaluation as well as those specifically for Denver-Boulder and their unique programs. These surveys were launched very close to the end of the school year, and later than originally intended, largely due to the coordination with the Cross-Community Evaluation. Due to low survey response rates, the data collected from each program is limited. Only 2 teens from BJTI, 16 teens from Moving Traditions and 44 teens from JSC programs completed surveys. Note that these counts only include respondents who completed a survey and indicated that either they are Jewish or someone in their family is Jewish.

Similarly, our parent surveys included items from the Cross-Community Evaluation and customized items for Denver-Bounder and also had low rates of completion. This is an important limitation to consider when interpreting the parent data in this report. Also, it only includes parents of teens in Moving Traditions and BJTI; 21 parents representing 22 teens from Moving Traditions and 5 parents representing 6 teens from BJTI completed surveys.

The survey data provides insight into the teens' experiences from two self-reported perspectives: teens and parents. However, due to the low response rates, these baseline survey data should be viewed as illustrative rather than as representative in nature. 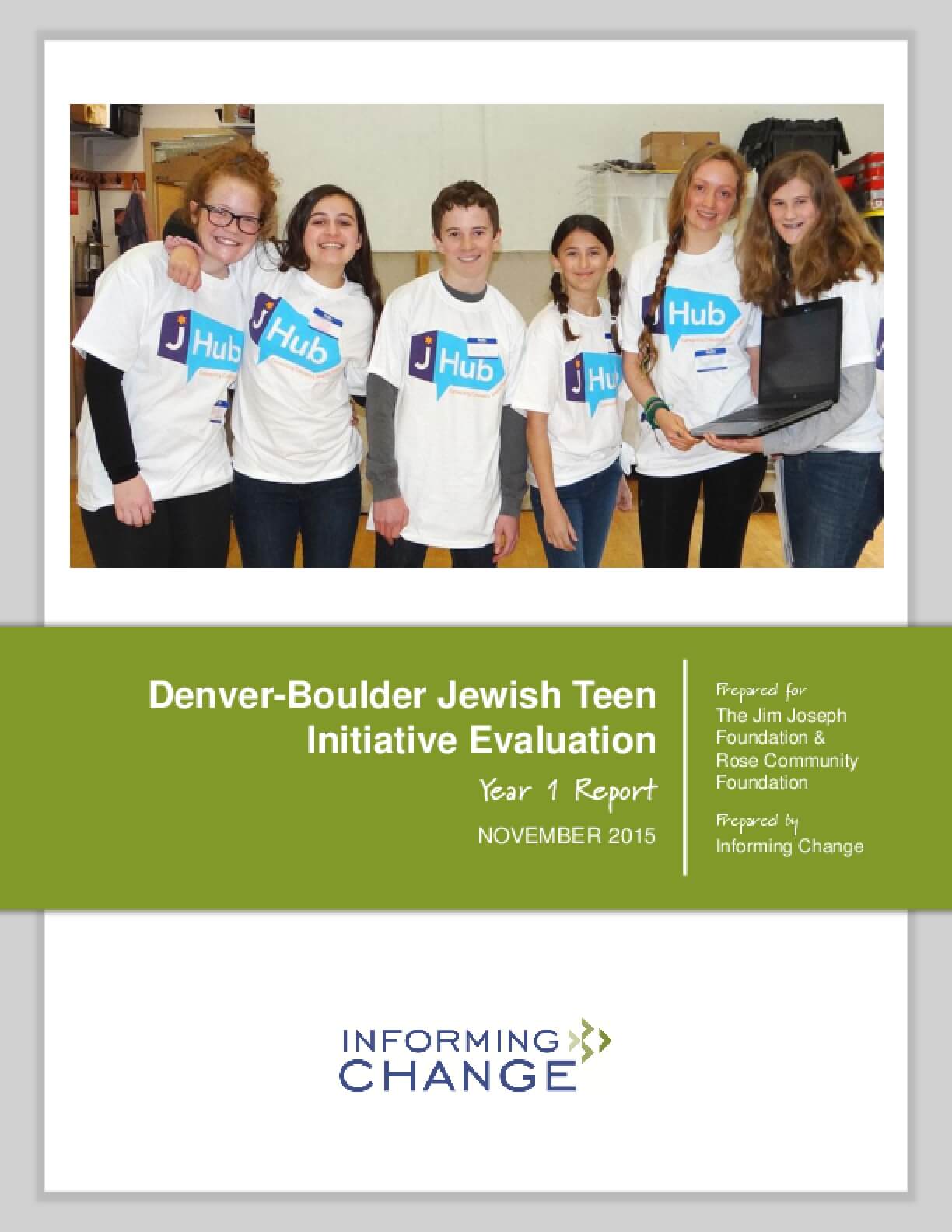