This election season, an influx of outside money made possible by the Supreme Court's decision in Citizens United has redrawn the political landscape. Using the most recent Federal Election Commission campaign finance filings, this report examines the role of spending by independent groups, political parties, and candidates in the 25 most hotly contested House races, which will likely determine which party will control the House. 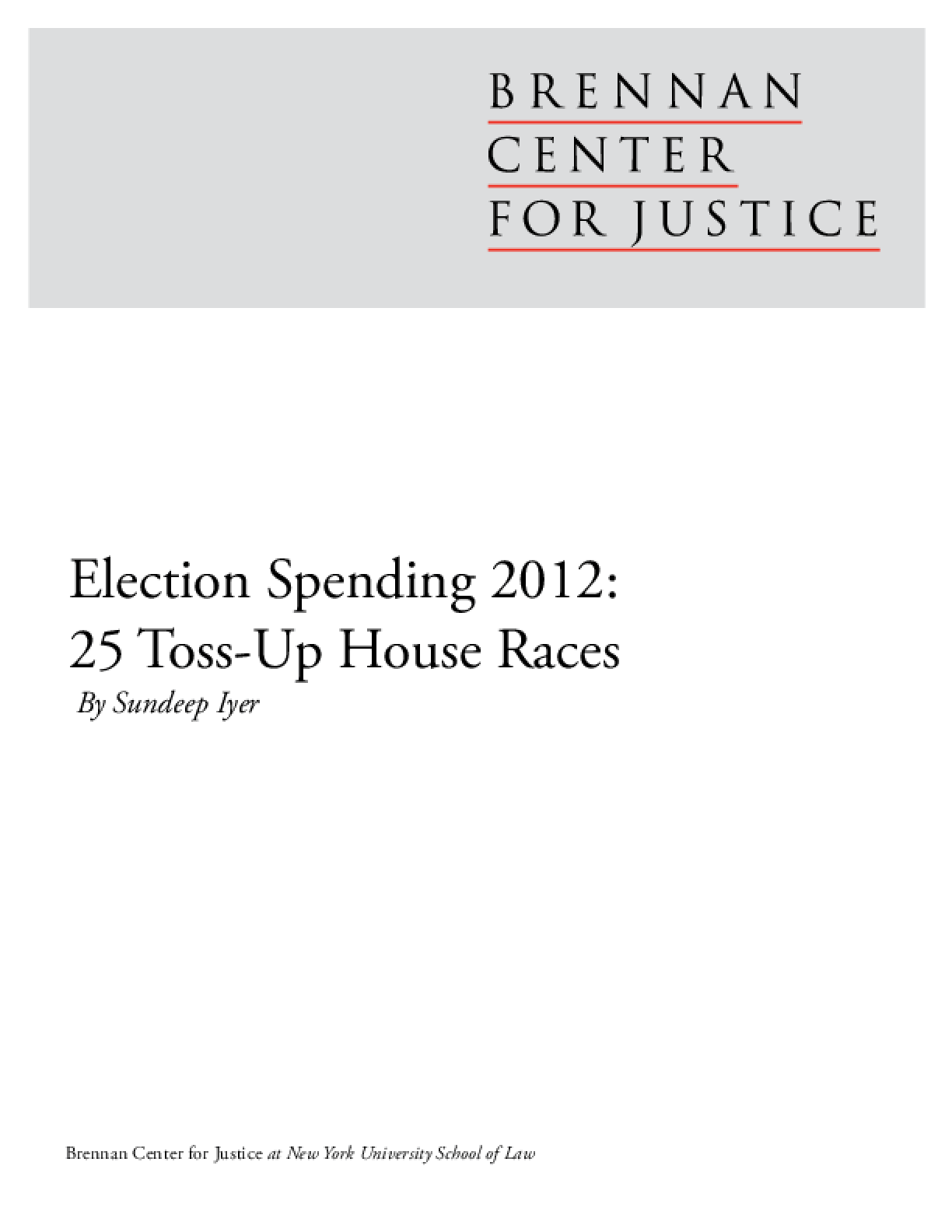