Evaluation of HIV counseling and testing in ANC settings and adherence to short course antiretroviral prophylaxis for PMTCT in Francistown, Botswana

Worldwide, it is estimated that two million children are infected with HIV (USAID 2005). The vast majority of these infections are the result of mother-to-child transmission (MTCT) of the virus during pregnancy, labor, or breastfeeding. However, there are effective methods for prevention of mother-to-child transmission (PMTCT). Botswana is one of the first countries in the developing world with a national PMTCT program that uses an efficacious and complex regimen to reduce vertical transmission. At the time of this evaluation (August - December 2005), the standard of care for prevention of MTCT of HIV in Botswana included three-drug antiretroviral therapy for HIV-infected women with a CD4 count of < 200; twelve weeks of zidovudine (AZT) for women with CD4>200 (300 mg AZT in the morning and 300 mg AZT in the evening); four weeks of AZT for their infants; single-dose maternal and infant nevirapine (NVP); and 12 months of free infant formula. Botswana's PMTCT program also provided routine HIV testing for all pregnant women during antenatal care (ANC) to identify HIV-positive women for prophylaxis or treatment. While programs often report the number of individuals beginning AZT and receiving nevirapine for PMTCT, effectiveness is dependent on the level of adherence of individuals to these regimens. To describe adherence of pregnant women to the current PMTCT regimen, the Horizons Program of the Population Council, in collaboration with the Centers for Disease Control and Prevention (CDC) and Premiere Personnel in Botswana, conducted an evaluation to describe HIV-related services provided to women during their pregnancies, document the content of post-test counseling sessions for HIV-positive pregnant women, whether HIV-positive women remembered what had been discussed, the extent of AZT adherence based on self-reports, and the operational successes and barriers to adherence to AZT for PMTCT. 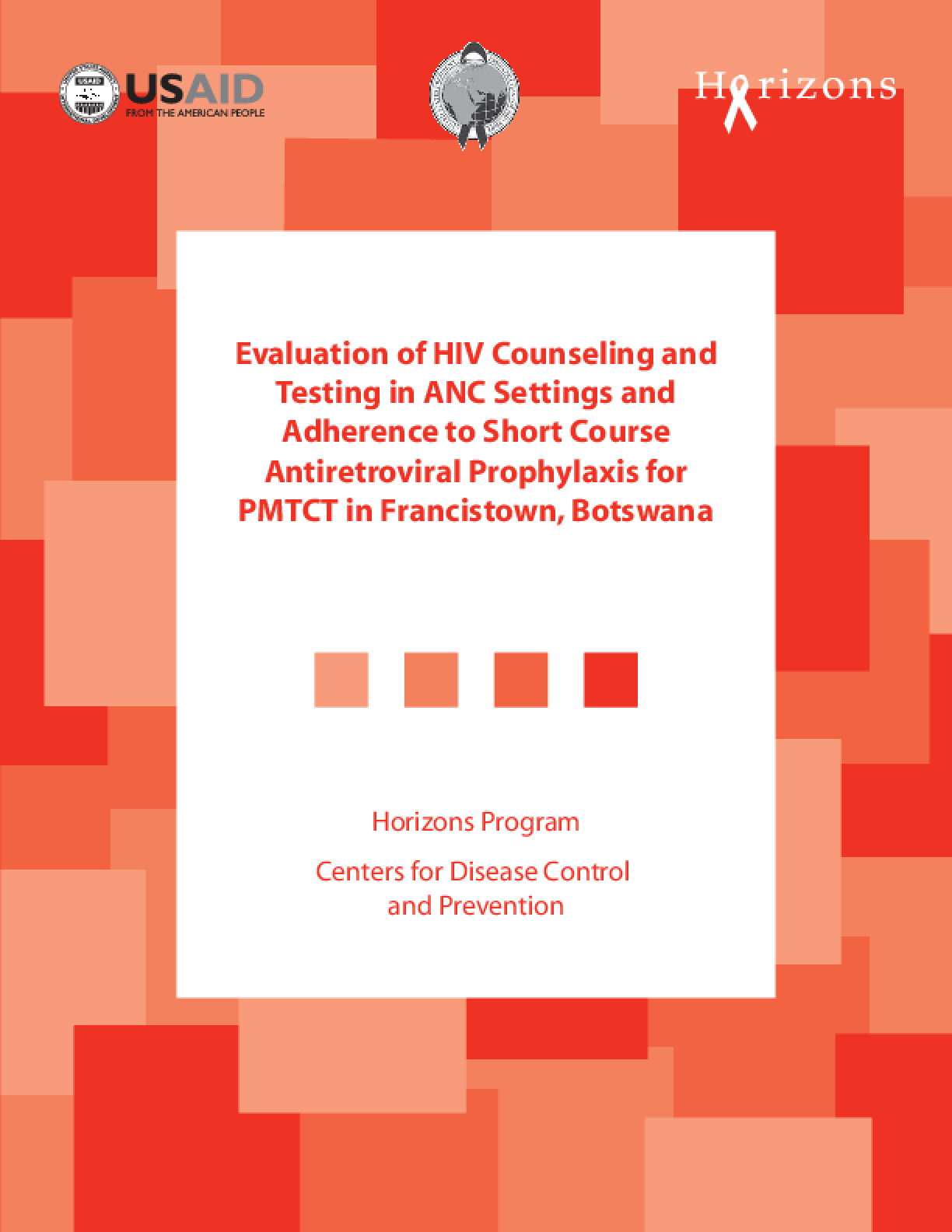