External Evaluation of the NCA WASH Programme in Darfur: With Special Focus on IDP Camps in Zalingei

This paper aims to evaluate the impact and appropriateness of Norwegian Church Aid's WASH program in internally displaced persons (IDP) camps of South and West Darfur, and to provide recommendations for operating the program with a reduced budget in the future. The program targets mainly IDP populations and nearby host communities, supplying water through motorized systems, open hand dug wells and hand pumps. Construction and rehabilitation of latrines along with promotion of personal hygiene practices comprise the sanitation component. The expulsion of many NGOs from Sudan in 2009 caused added difficulty for the program, thus the evaluation considers the role of challenging political conditions like this in planning for continuity and responsibility. 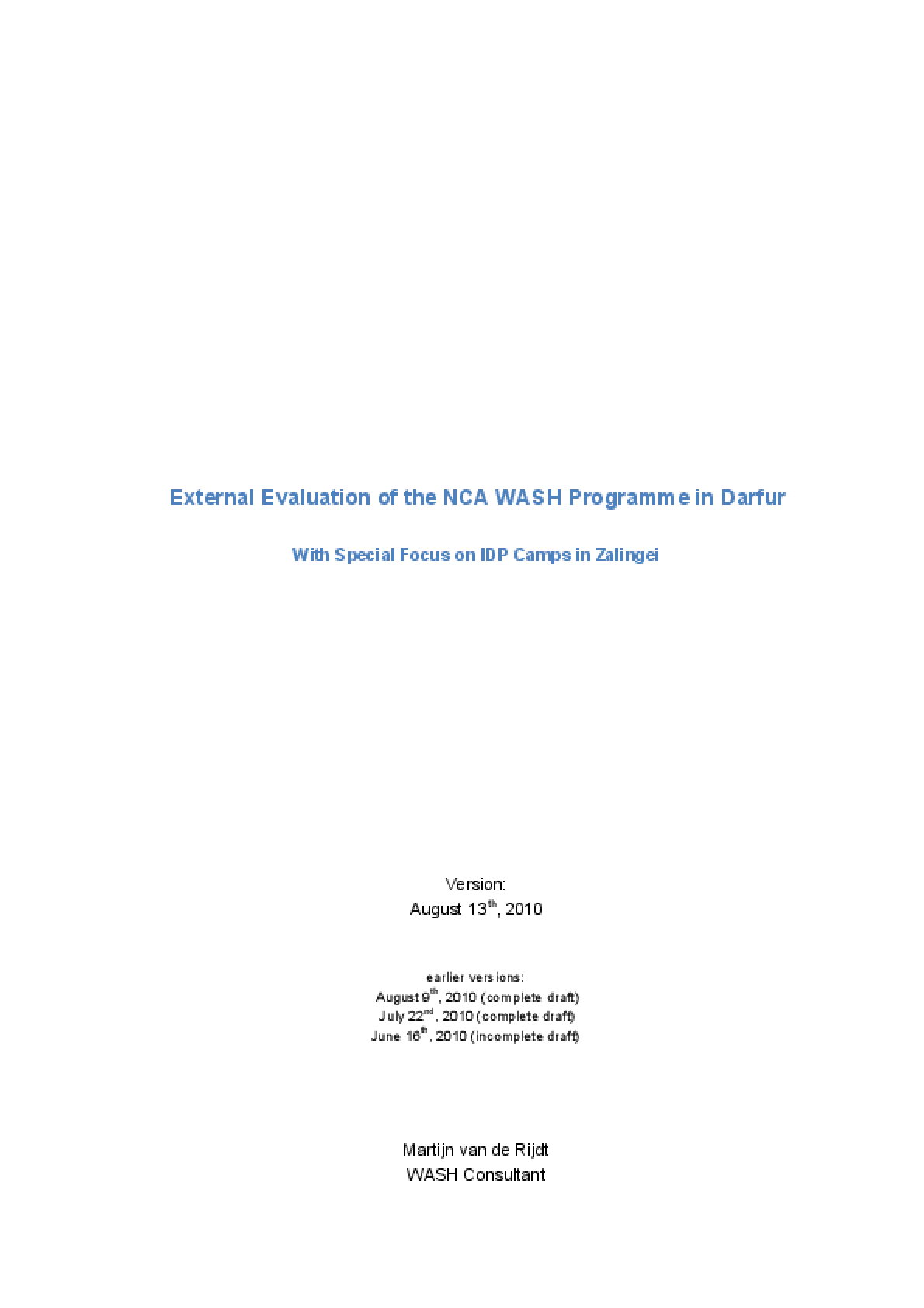