"Family, Unvalued" documents the crippling barriers same-sex binational couples face in pursuing a goal enshrined in America's founding document -- happiness. One fact sets them apart from other binational families. A heterosexual couple where one partner is foreign, one a U.S. citizen, can claim the right to enter the U.S. with a few strokes of a pen. But a lesbian or gay couple's relationship -- even if they have lived together for decades, even if their commitment is incontrovertible--is irrelevant. Instead they face a long limbo of legal indifference, harassment, and fear. Delays, bureaucracy, inconsistency, and injustice make the U.S. immigration system a nightmare for millions. Debate over that system is intensifying. Family, Unvalued shows how its failures affect, and sometimes destroy, families which prejudice has deprived of any legal protection. This report reveals how today's discrimination grows from a long history of anti-immigrant campaigns. Most of all, Family, Unvalued lets the reader hear the sometimes horrifying, always enlightening testimony of lesbian and gay families: people simply seeking to build a better future ... together. 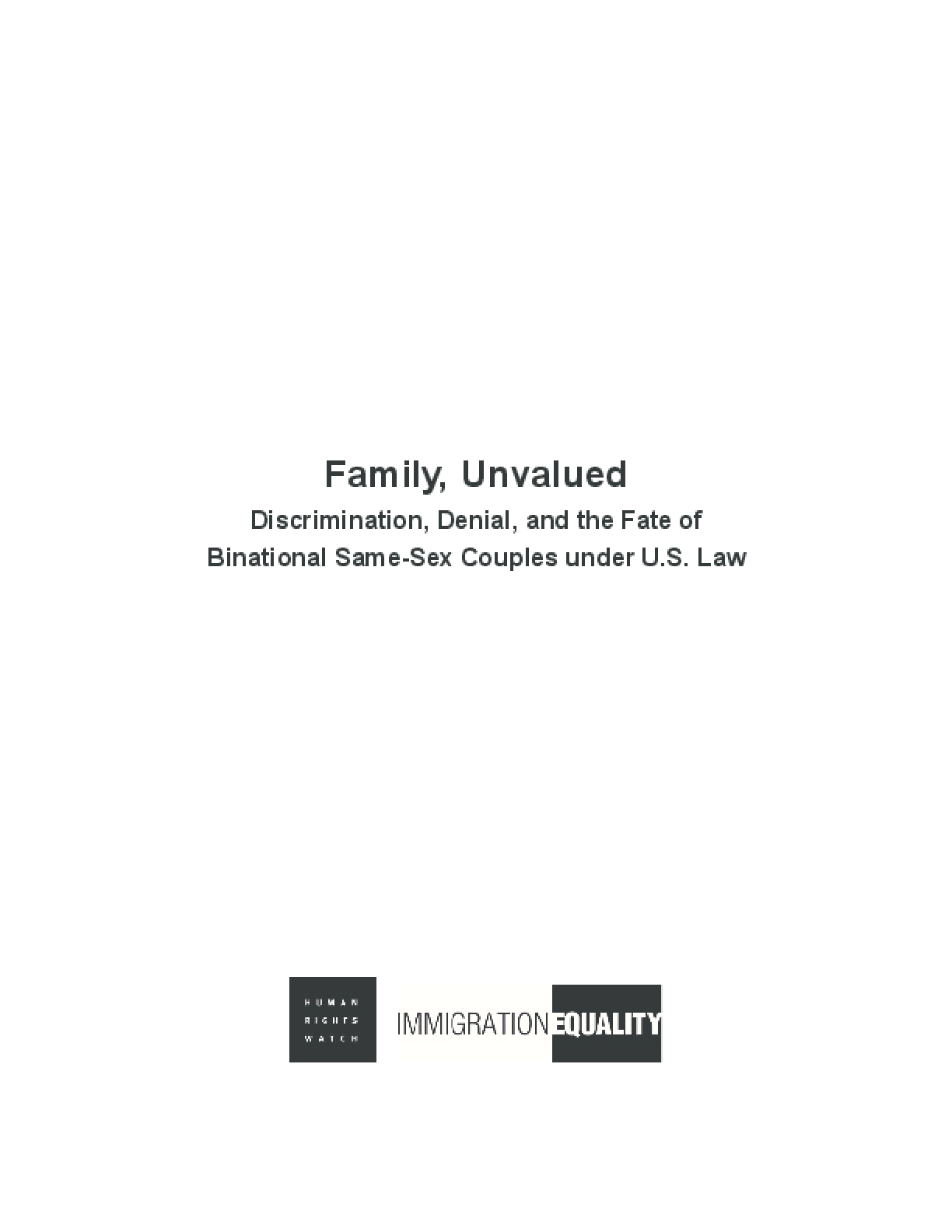