At Least 25 Transgender People Have Been Killed in the United States Since the Beginning of 2017. Eighty-four Percent of Them Were People of Color, and 80 Percent Were Women. More Than Three in Four Were Under the Age of 35. We say "at least" because the stories detailed in this report very likely undercount the number of transgender people who were killed in the United States this year. Data collection is often incomplete or unreliable when it comes to violent and fatal crimes against transgender people. Some victims' deaths may go unreported, while others may not be identified as transgender in the media, often because authorities, journalists and/or family members refuse to acknowledge their gender identity. 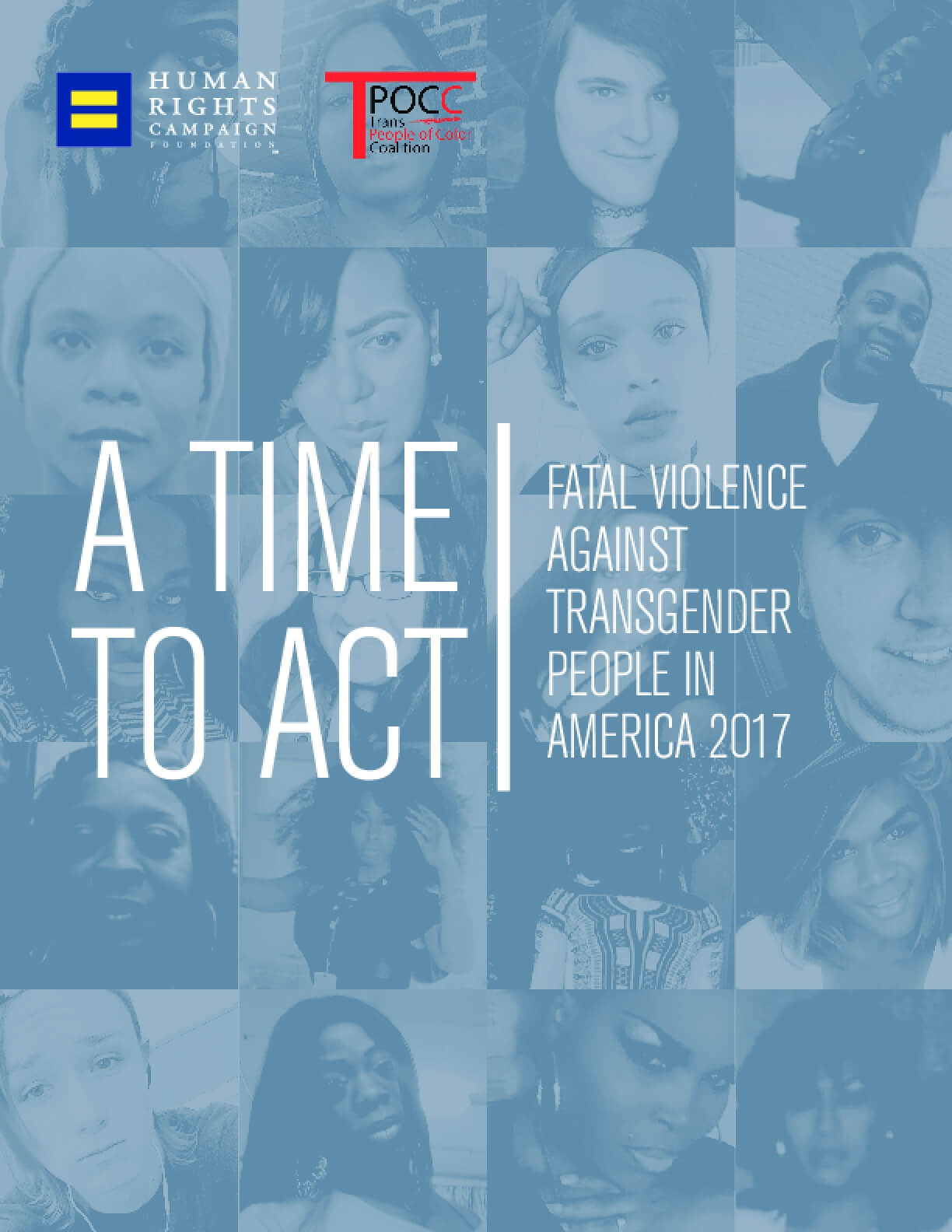