In recent years, there has been a growing recognition by policy makers and the international development community that longer-term social protection programming has the potential to reduce poverty and inequality and serve as a foundation upon which, viable livelihoods can be built. In many countries, specially those that are frequently affected by climatic and conflict hazards, this has led to calls for a shift in approach away from interventions thatsimply address the symptoms of household vulnerability towards those which deal with the causes. For more than two decades Somalia has lurched from one humanitarian crisis to another. This debate around the potential of social protection is therefore particularly acute, as years of humanitarian programming seem to have had little impact on increasing household resilience to shocks. Furthermore, the country still ranks 165 out of the 170 countries included in the UN's Human Development Index, and number one on the US Fund for Peace 'Failed State Index'. A consortium of agencies working in Somalia commissioned this study: Adeso, ACF, DRC and Save the Children. The study is intended to further the discussion on the rationale and practicalities of social protection in South Central Somalia, and to serve as a starting point for the debate around moving away from short-term responses towards longer-term social protection interventions by these agencies, and others. The report comprises six parts: Part 1 describes the political economy in South Central Somalia and highlights some key challengesfor humanitarian actors; Part 2 defines the general concept of social protection and looks at the global evidence of the impact of social protection; Part 3 looks at social protection programs in African countries (particularly those in the Somalia region), and also in fragile states; Part 4 looks at current social protection mechanisms in South Central Somalia; Part 5 describes the actions that are currently needed before humanitarian programming can become predictable, and Part 6 summarizes the way forward, including recommendations and the conclusions from the study. 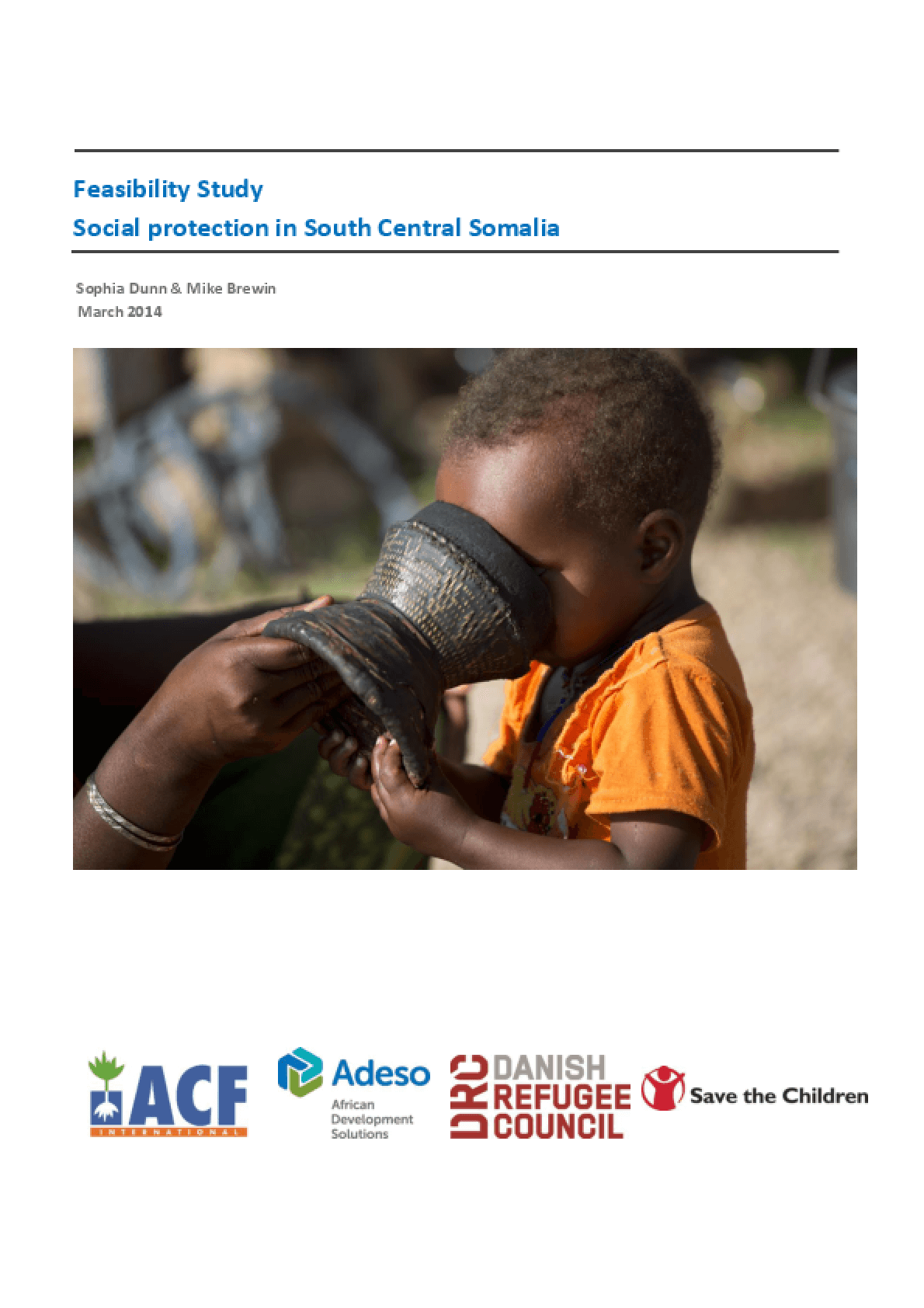