A Fresh Start For Iraq: The case for debt relief

The reconstruction of Iraq is one of the most urgent challenges facing the international community. Over the past two decades the country has been devastated by successive wars and since 1990 sanctions. Ordinary Iraqis have suffered gross violations of human rights, along with one of the most dramatic deteriorations in living standards ever recorded. Now unsustainable debt threatens to undermine reconstruction efforts. This briefing paper argues that the country's debt is unpayable, but also that that there are wider moral and legal grounds for reducing Iraq's debt burden. It sets out a case for treating Iraq's debt as odious and illegitimate - and it explains why ordinary Iraqis should not pay for a debt accumulated by a tyrannical regime, borrowing from irresponsible creditors. 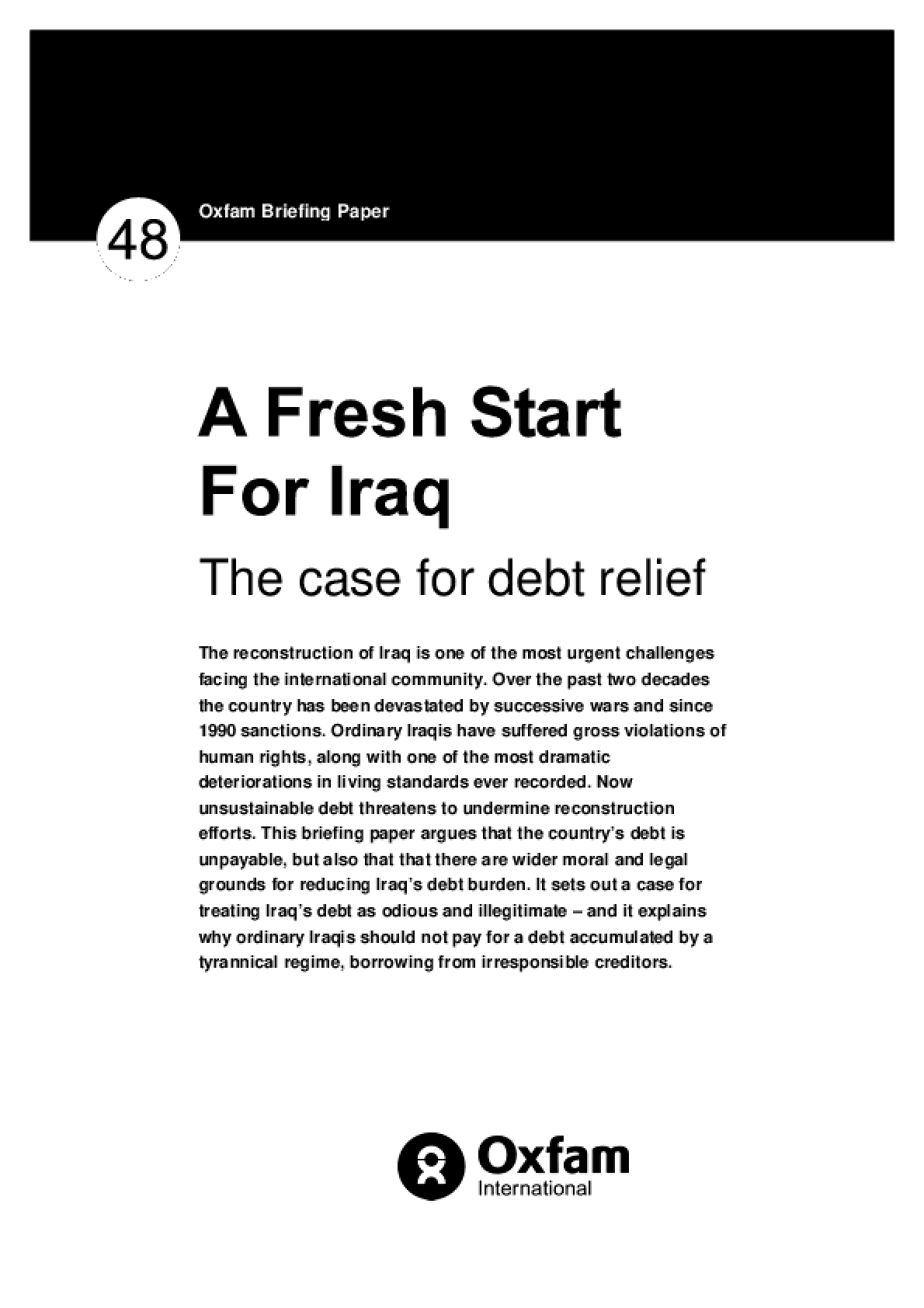