Hunger in America 2010 Local Report Prepared for the Food Bank of Alaska, Inc.

This report presents information on the clients and agencies served by The Food Bank of Alaska, Inc. The information is drawn from a national study, Hunger in America 2010, conducted in 2009 for Feeding America (FA) (formerly America's Second Harvest), the nation's largest organization of emergency food providers. The national study is based on completed in- person interviews with more than 62,000 clients served by the FA national network, as well as on completed questionnaires from more than 37,000 FA agencies. The study summarized below focuses on emergency food providers and their clients who are supplied with food by food banks in the FA network. Key Findings: 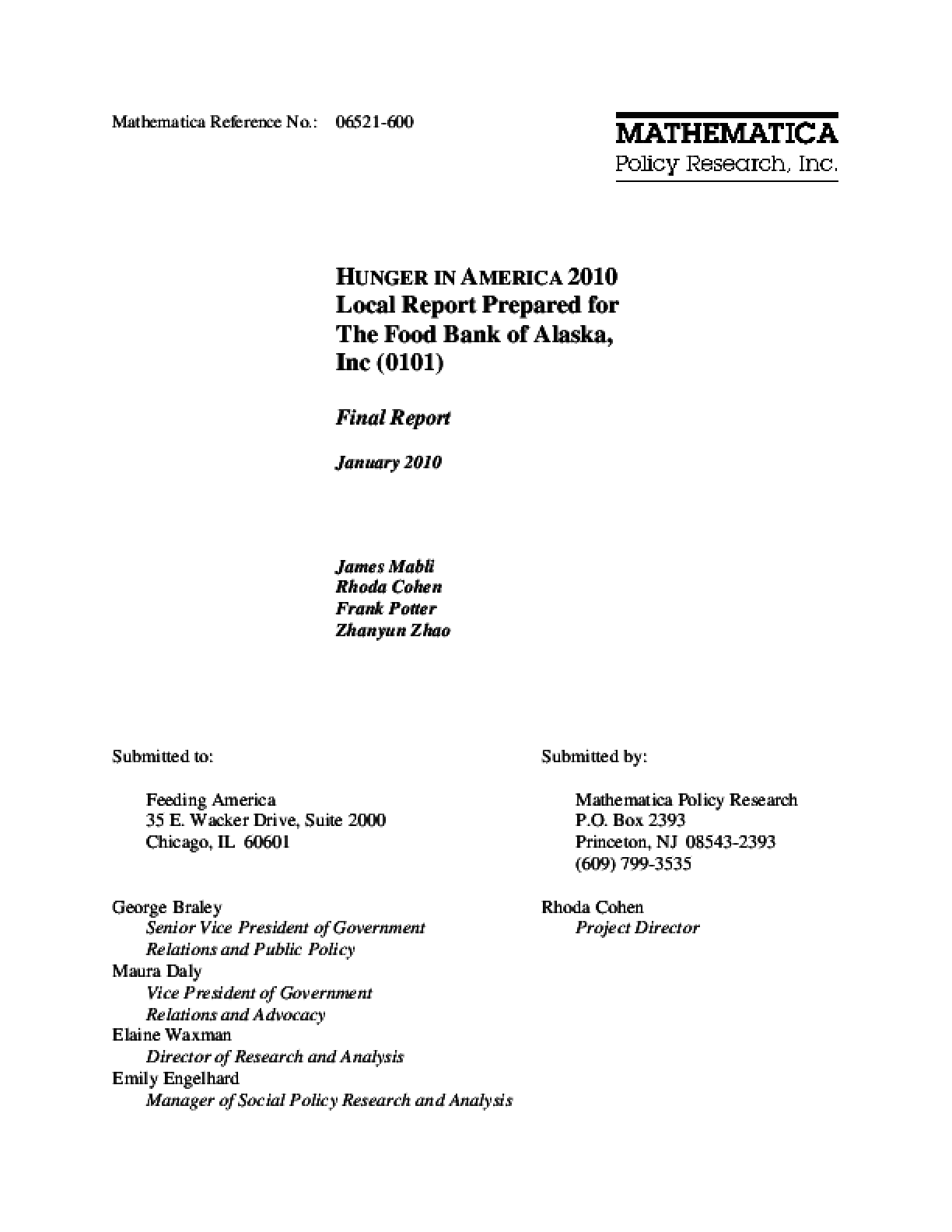