Iranian Attitudes in Advance of the Parliamentary Elections: Economics, Politics, and Foreign Affairs

While views of President Hassan Rouhani and Foreign Minister Javad Zarif have declined from their heights immediately after the nuclear deal, the University of Maryland has found through opinion polls -- among other viewpoints -- that the two leaders continue to enjoy very high levels of popular support in Iran, and their allies have good prospects in the upcoming elections. Views of the nuclear deal continue to be very positive, though some of its less popular aspects have become more apparent. Going forward there is support for growing engagement with the international community, especially in regard to dealing with the problem of Syria and the fight against ISIS. A new University of Maryland survey of the Iranian public finds that that nearly 8 in 10 Iranians say they have a favorable opinion of Rouhani (82 percent) and Zarif (78 percent). With Iran's parliamentary elections about a month away, nearly 6 in 10 Iranians (59 percent) want Rouhani supporters to win. More than 7 in 10 Iranians still approve of the nuclear deal. Rouhani's new efforts to engage with the international community on dealing with the conflict in Syria have received overwhelming support, with 80 percent approving. Of those who know about the Vienna agreement, 7 in 10 (72 percent) approve of it. Rouhani receives high marks for improving Iran's security (86 percent) and deepening its relations with European countries (80 percent). Two thirds (66 percent) say relations with Europe have improved and 54 percent have a favorable view of Germany -- up 10 points from 2014. Nonetheless, views of the U.S. continue to be quite negative. Seventy-one percent have an unfavorable view of the U.S. Only 1 in 3 (34 percent) have confidence that the U.S. will fulfill its obligations under the nuclear deal -- down 11 points from September 2015. 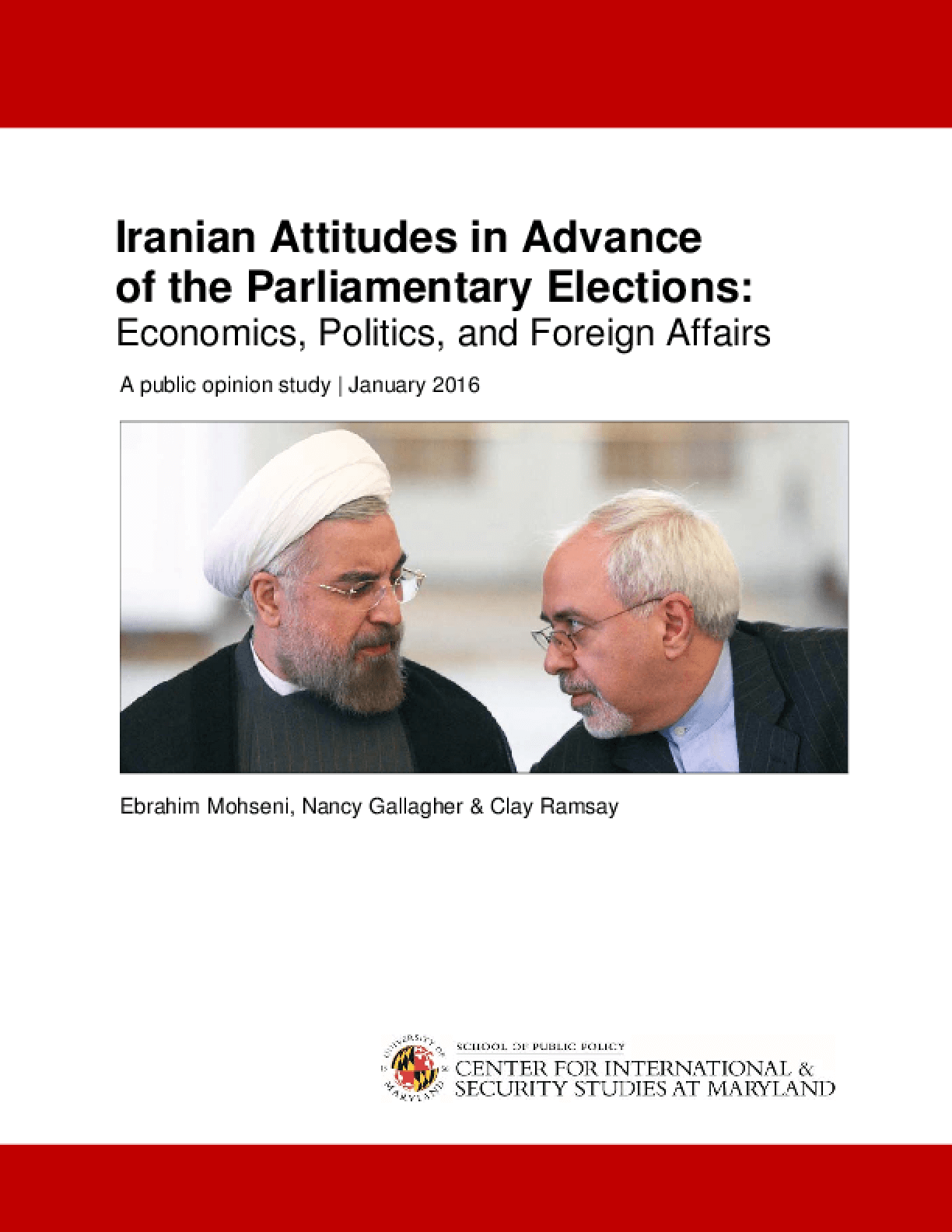