The proposed project for the research at the Rockefeller Archive Center (RAC) was "a re-assessment of the discourse of the International in the twentieth century." It was to examine how the idea of the "International" was formed. By the "International," I meant the counter-communist notion of the "International," which became the core of what we often term the "liberal international order" of the twentieth century. This research now forms a part of my broader book project. What follows here are my findings on one of the three focuses in this recent research at the RAC, which were also synthesized with documents from the League of Nations Archives and the Unesco Archives, and my thoughts on them. 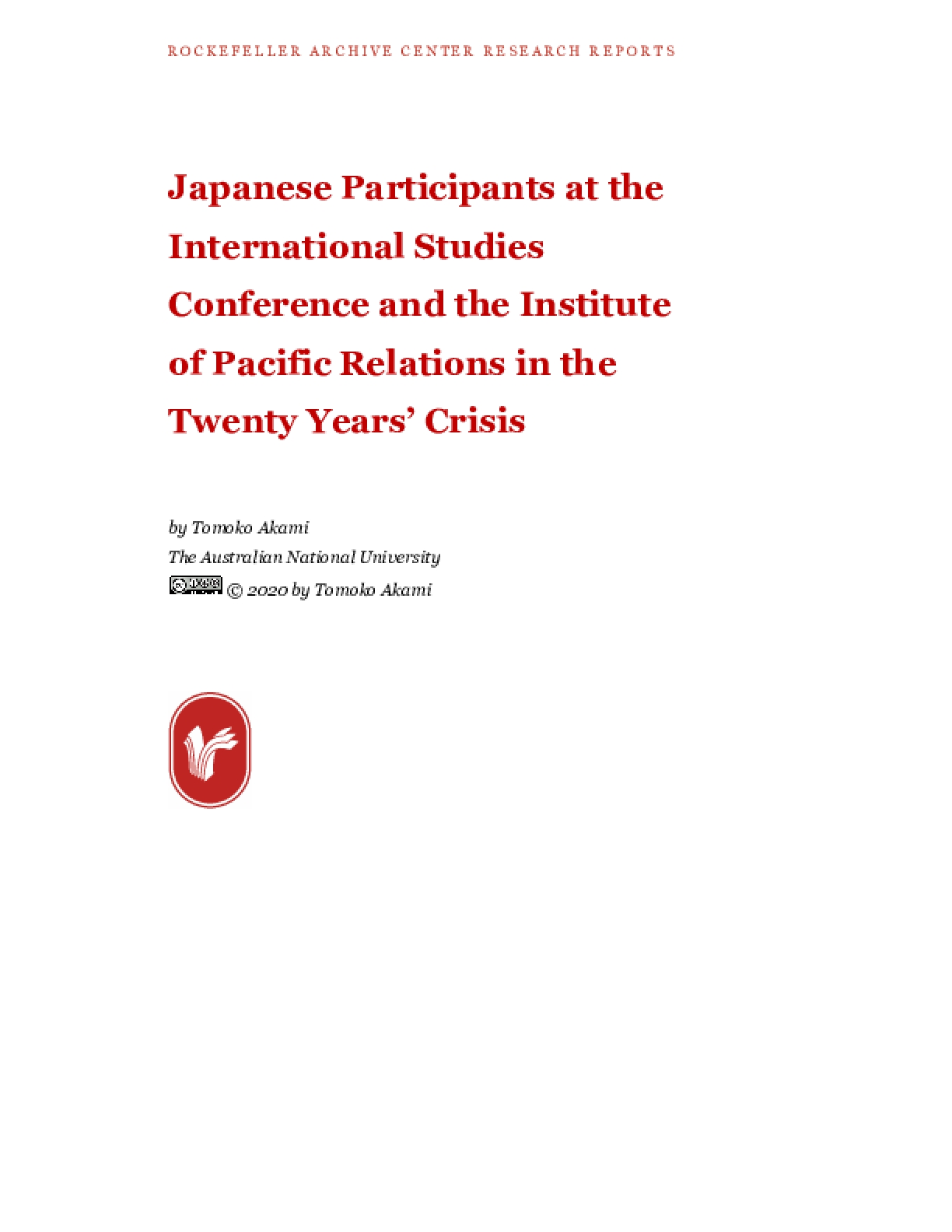