Labour Migrant Adjustments in the Aftermath of the Financial Crisis

Based on individual longitudinal data, we examine the evolution of employment and earnings of post-EU accession Eastern European labour immigrants to Norway for a period of up to eight years after entry. We find that the migrants were particularly vulnerable to the negative labour demand shock generated by the financial crisis. During the winter months of 2008/09, the fraction of immigrant men claiming unemployment insurance benefits rose from below 2 to 14 per cent. Some of this increase turned out to be persistent, and unemployment remained considerably higher among immigrants than natives even three years after the crisis. Although we find that negative labour demand shocks raise the probability of return migration, the majority of the labour migrants directly affected by the downturn stayed in Norway and claimed unemployment insurance benefits. 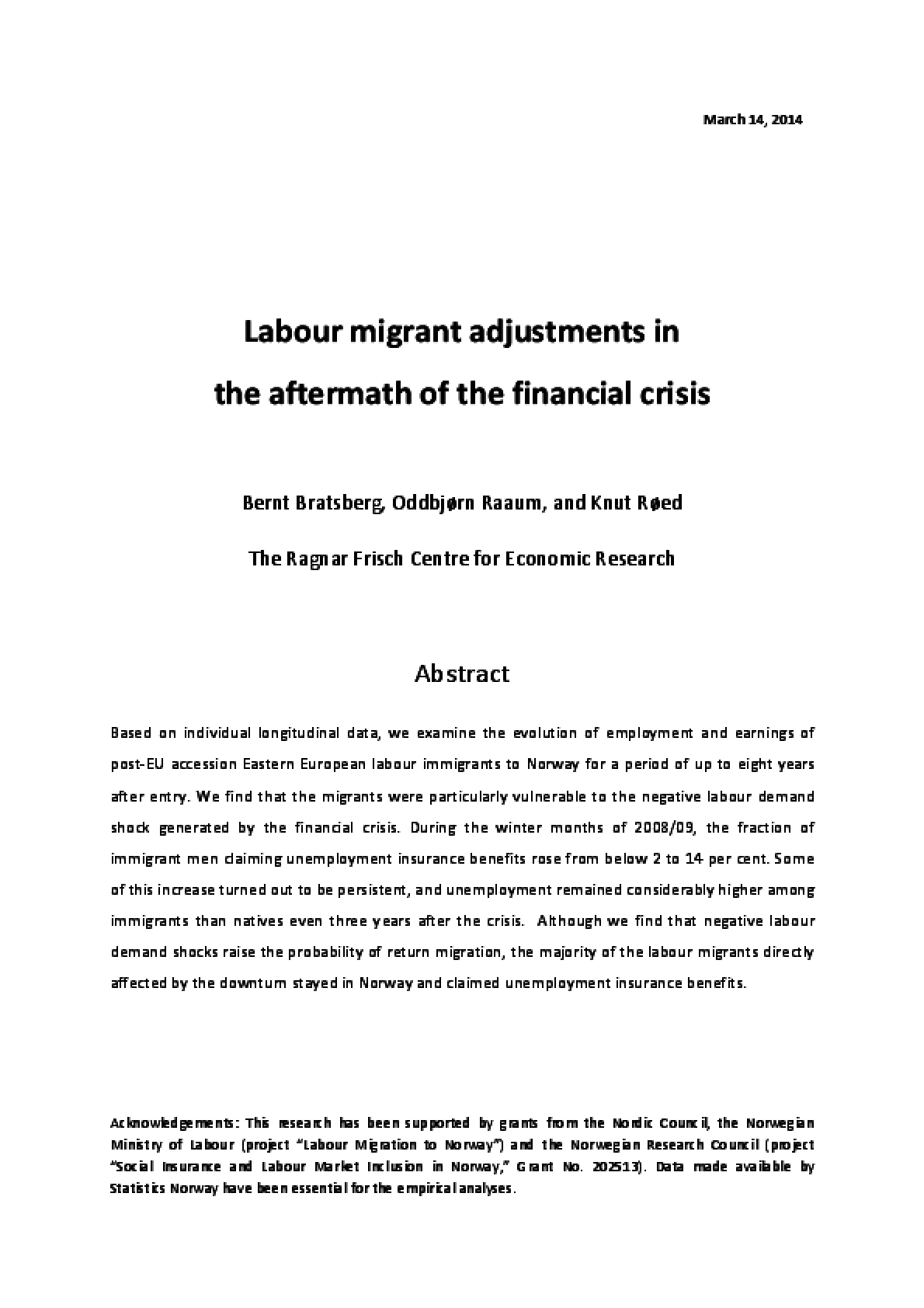