In the context of the "Decade of Development," and as part of the non-military strategies of containment of communism, different public and private US. institutions turned their attention to projects of technical assistance in Asia, Africa, and Latin America that sought to modernize the legal systems of the countries of the Third World. In the Inter-American context, several initiatives were promoted under the label "Law and Development" (LD). Financed mostly by the Ford Foundation and USAID, they were conceived and implemented in the 1960s and the 1970s by those institutions, in cooperation with US law schools (Harvard, Stanford, Wisconsin, and Yale, among others) and local universities in Brazil, Chile, Colombia, Costa Rica, and Peru. The common purpose of these programs was the transformation of the national legal systems following the US model. The effort centered on removing obstacles to development attributed to obsolete legal structures and a conception of the role of the law and lawyers incompatible with the challenges of modernization. 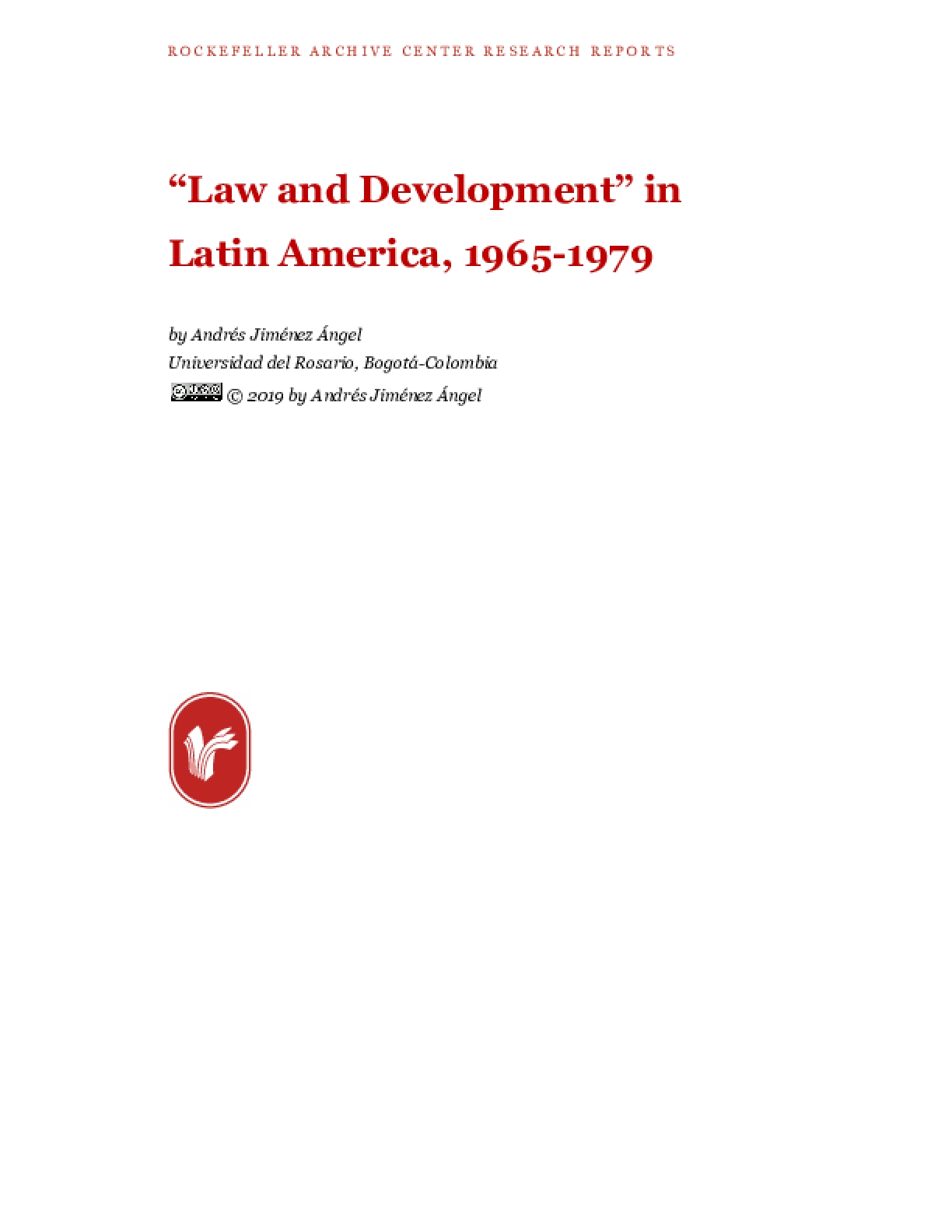