Serious efforts to forge a budget agreement in 2013 will increase the likelihood that lawmakers will seek changes to tax provisions in order to raise revenue. The exclusion of employer-sponsored health insurance premiums and medical benefits from taxable income could be a target, since this exclusion reduced federal tax revenues by $268 billion in 2011 alone -- by far the largest federal tax expenditure. Moreover, the exclusion disproportionately subsidizes those with higher incomes. Yet proposals to change the tax exclusion of employer-sponsored insurance have provoked intense debate. This brief provides estimates of the revenue potential and distributional consequences of a new policy option. The policy analyzed here would impose a cap, or dollar limit, on the aggregate cost of employer-sponsored health coverage excluded from income and payroll taxes. The cap would be set at the 75th percentile of the sum of premiums and other medical benefits, and would be indexed, or allowed to grow over time, by a five-year average of the rate of GDP growth. The goal in choosing the level and indexing for the cap was to select a policy that would make a significant contribution to debt reduction, but would be distributionally equitable. This brief answers four critical questions related to the 75th percentile cap on the exclusion of premium and medical benefits: The evidence shows that the 75th percentile tax cap would produce $264.0 billion in new income and payroll tax revenues over the coming decade while still preserving 93 percent of the tax subsidies available under the current policy. Across all tax units, 15.7 percent would pay higher taxes under the 75th percentile cap on the exclusion of premium and medical benefits in 2014, with this share increasing to 20.0 percent by 2023. Although tax units across the entire income distribution would experience some tax increases, these increases are considerably smaller and less prevalent at lower income levels. The policy change would affect public-sector employees to a greater extent than private-sector employees. In addition, among private-sector employees, those in the financial services/real estate or professional services industries would be affected to a greater extent, while employees in other industries such as the retail industry, would be affected to a lesser extent. Establishments with a union presence have only a modestly higher share of employees with premiums above the 75th percentile premium, compared to the average across all establishments. 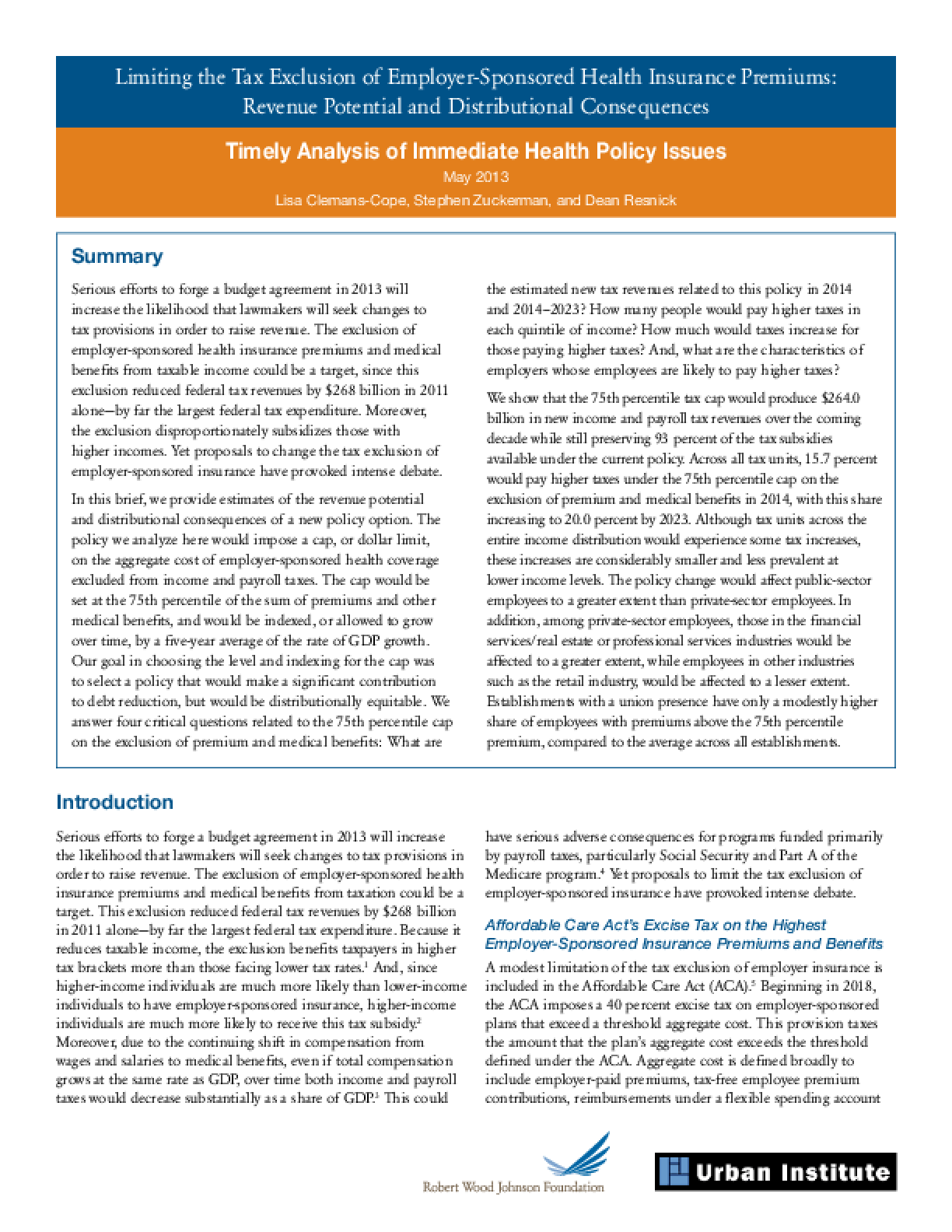