Policing and Middle School: An Evaluation of a Statewide School Resource Officer Policy

This study investigates the effectiveness of North Carolina Senate Bill 402, Section 8.36 – Grants for School Resource Officers in Elementary and Middle Schools, which provides matching state funds to districts for use in middle and elementary schools. Using generalized difference-in-difference and negative binomial hurdle regression designs, seven years of data – inclusive of 110 districts and 471 middle schools – were analyzed to assess the effectiveness of the state-funded SRO program. Results show that offering matched SRO funds to increase policing and training was not associated with reductions in reported acts (infractions) per school year, a key measure of school safety. Racial enrollment percentages, such as higher enrollments of Black and Hispanic students, were generally not associated with increased disciplinary acts. However, total enrollment was associated with increases in reported acts and increased grade level proficiency was associated with reductions in reported acts. Findings also show that public policy activity generally increases after school shootings occur. However, a multi-pronged school safety approach, beyond preventing mass acts of violence through increased policing, is recommended. Specifically, policies that focus on a broad range of issues, including those that improve academic achievement and address larger societal challenges have potential to enhance school safety. 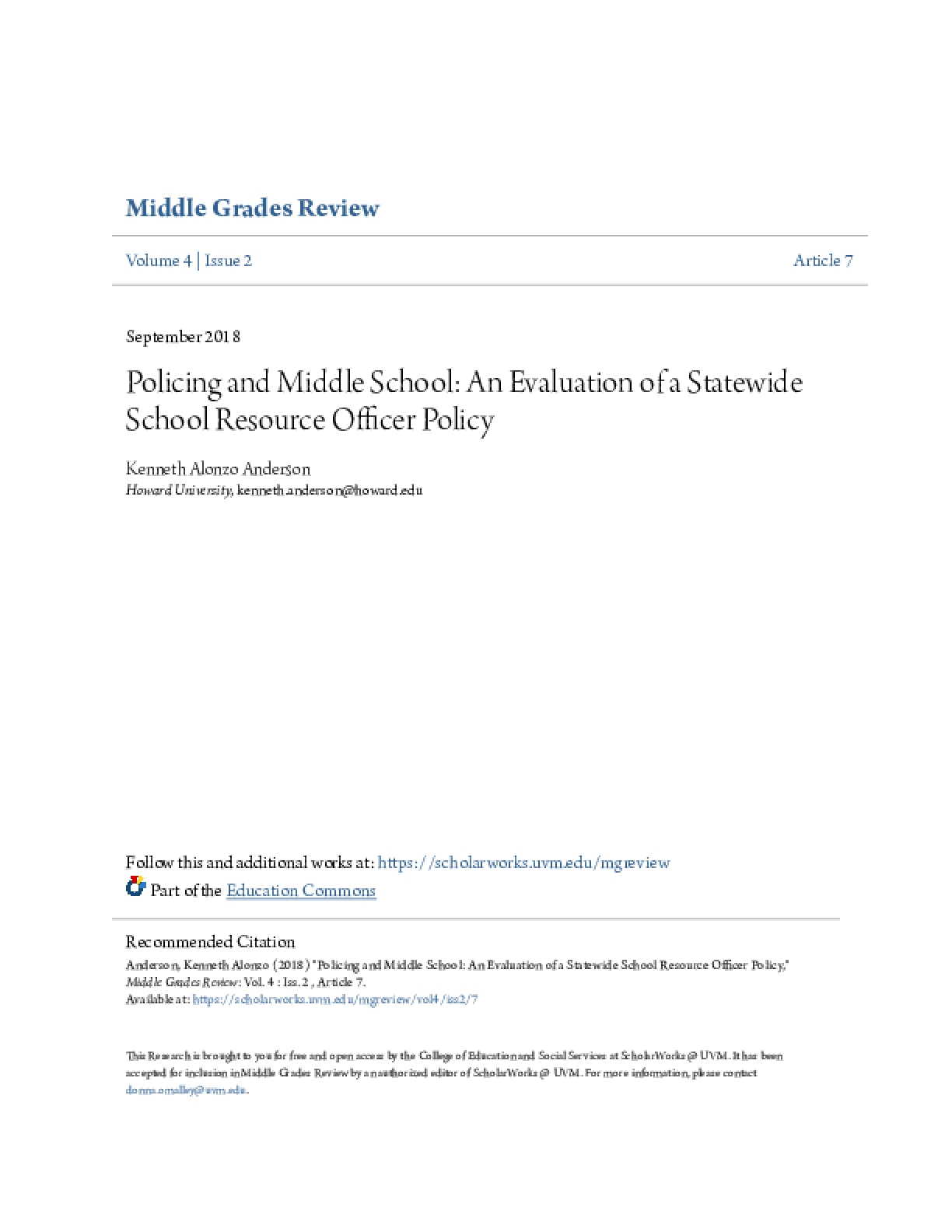