Population and Reproductive Health in National Adaptation Programs of Action

This paper reviews 41 National Adaptation Programmes of Action (NAPAs) submitted by Least Developed Countries (LDCs) to the United Nations Framework Convention on Climate Change (UNFCCC), and identifies the range of interventions included in countries' priority adaptation actions. The review found near-universal recognition among the NAPAs of the importance of population considerations as a central pillar in climate change adaptation. 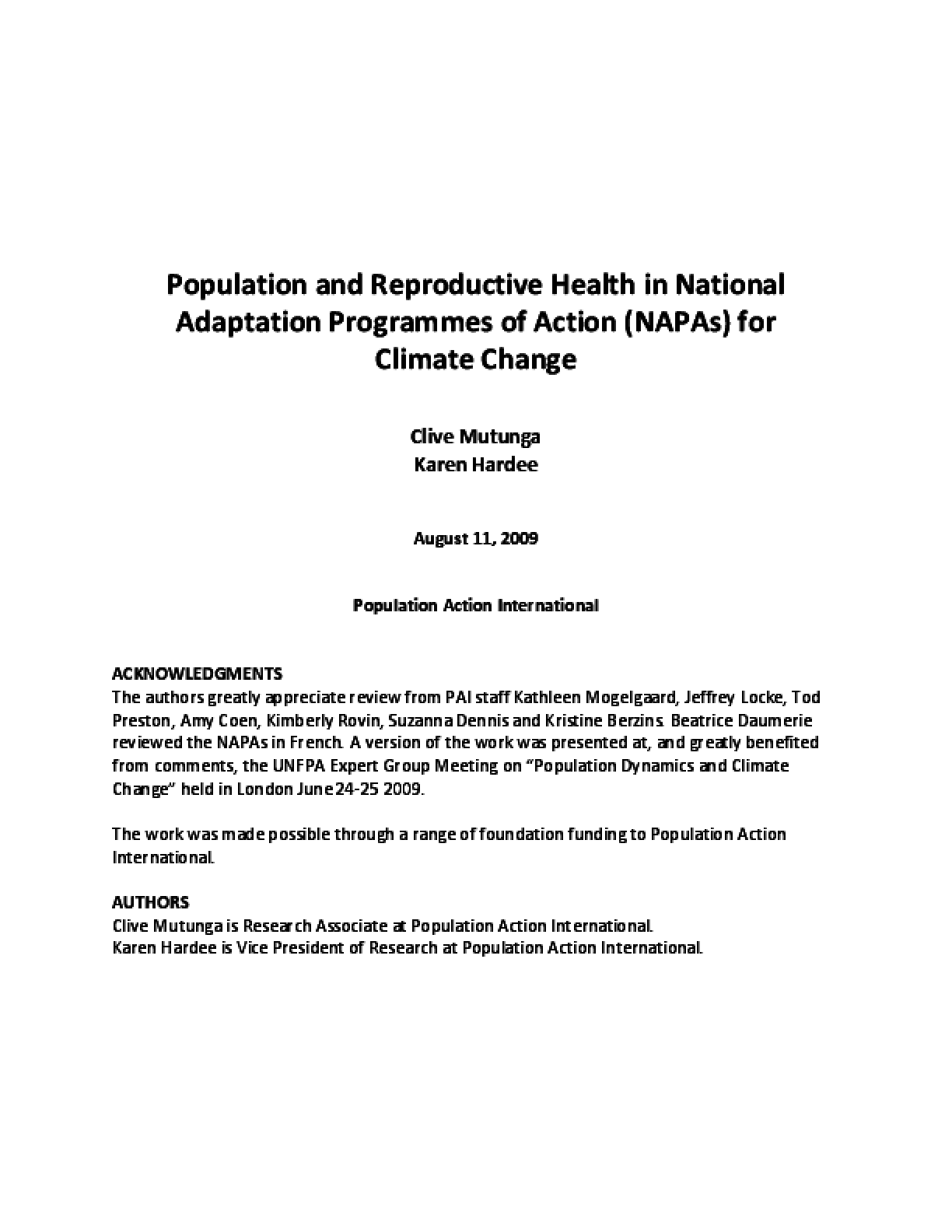