Preliminary Research on the North China Council for Rural Reconstruction

In the early twentieth century, approximately eighty-five percent of the Chinese population relied on agriculture for its livelihood. Aiming to improve the well-being of China's vast rural population, the Rockefeller Foundation (RF) streamed philanthropic efforts and resources to rural China. The North China Council for Rural Reconstruction (NCCRR), an RF-funded rural philanthropic program composed of six Chinese institutions, was established in Peiping (Beijing) on April 2, 1936. As a nontraditional and experimental program, the NCCRR brought together the leading professors from various disciplines at different universities into intimate contact with philanthropic and educational activities in rural China. Although the program perhaps pointed to the modest ways in which institutions conducted rural philanthropy, the task of reviving China's countryside was ultimately too heavy for the RF as a foreign private foundation. Due to complicated geopolitical circumstances far beyond its control, the RF had to terminate its rural reconstruction work in China in 1944. 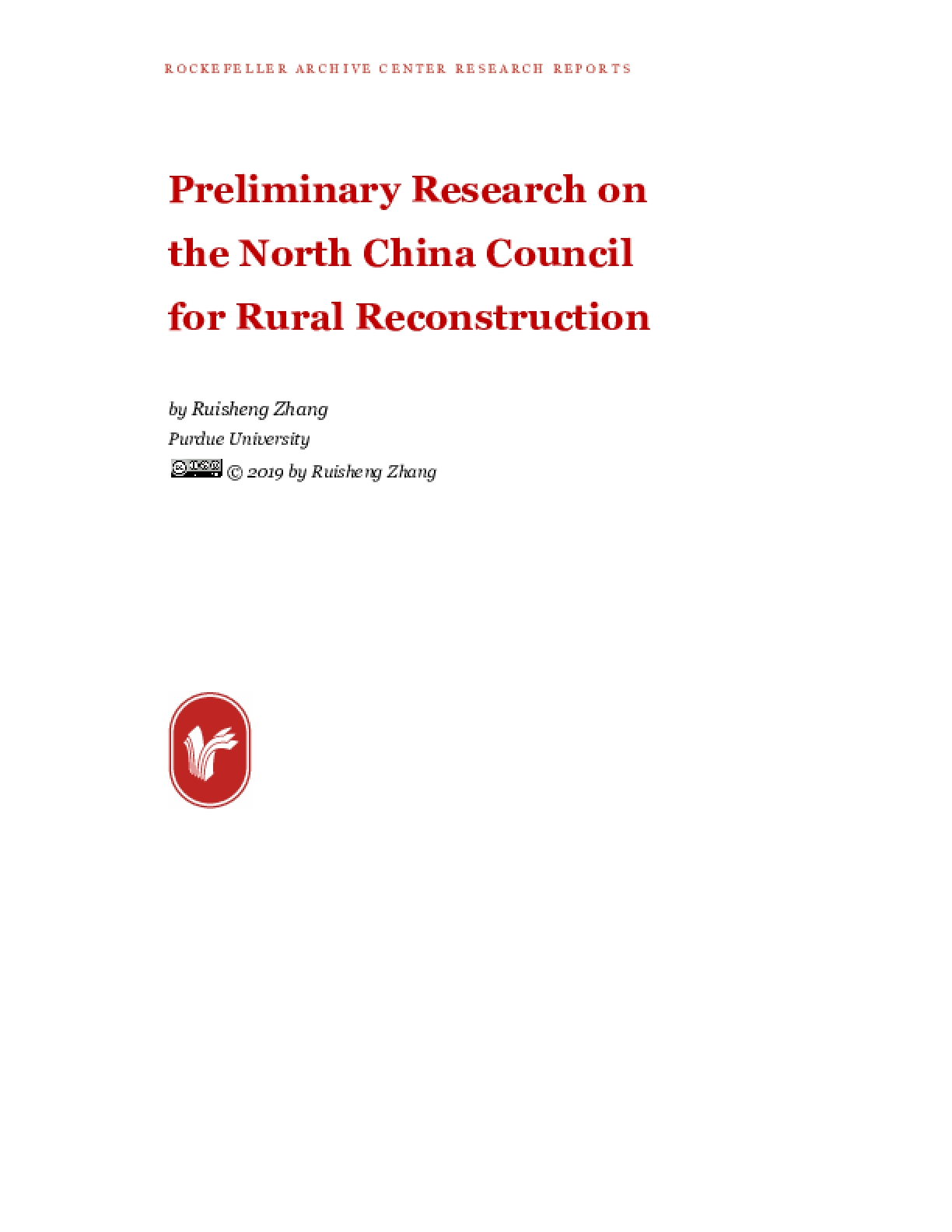