Protect My Future: The Links Between Child Protection and Health and Survival In the Post-2015 Development Agenda

The current global crisis in children's protection and care is both intrinsically harmful to children and threatens the achievement of other rights and broader development goals (EveryChild et al 2010; BCN et al 2012). In this paper, we focus on the inter-dependence between efforts to reduce the exploitation, abuse and neglect of children and global goals on health and survival as articulated by the current Millennium Development Goals (MDGs). We argue that for the mutual benefit of both these areas, the framework that will replace the MDGs in 2015 must both continue to include a focus on health and child survival, and encompass particular goals and indicators on children's protection. 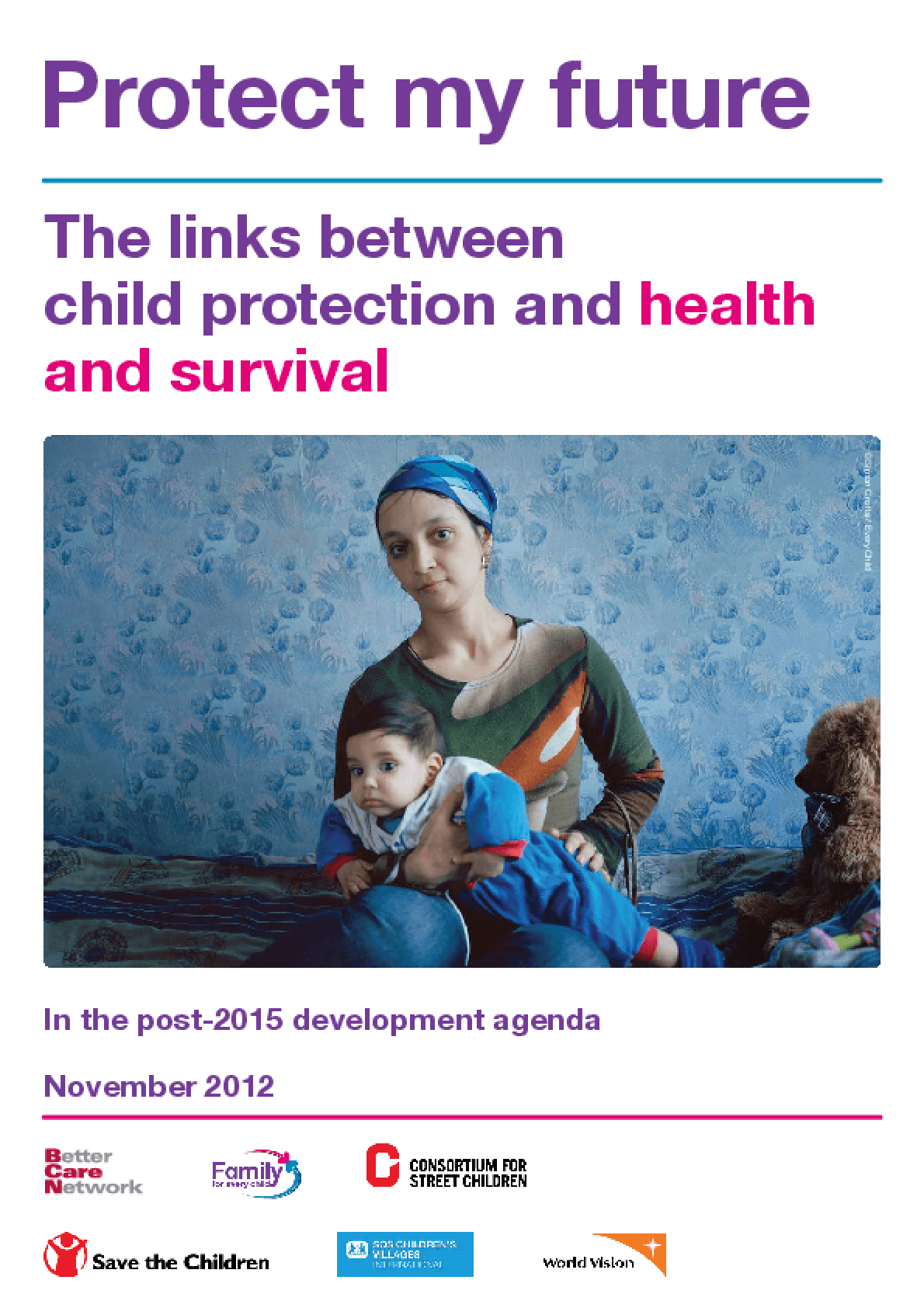