Zurich is the largest Swiss city with approximately 400,000 inhabitants and an annual public procurement budget of over €1.6 billion. Sustainability has been a specific target on the City's political agenda since 1998. In 2008, the City's Sustainable Public Procurement (SPP) policy was introduced, and since its introduction, Zurich has successfully carried out many SPP procedures. For example, in 2009, the City conducted a successful pilot which led to the procurement of 100% organic cotton shirts for the City's police force. The ZOOM (Zurich Optimised Output Management) concept was first launched in 2008 as part of the City's IT strategy, which saw the introduction of standardised multifunctional devices in the municipal workplace. The location and specification of multifunctional devices was outlined through the ZOOM concept to maximise efficiency. Overall, the ZOOM concept estimated significant annual savings for the City. In order to deliver even greater financial and environmental savings, in 2012 the Organisation and Informatics Department (OIZ) of the City of Zurich took the ZOOM concept a step further when they decided to switch from buying (or renting) machines to procuring an optimised Output Management Service from an external provider. As part of this procurement procedure, the devices were no longer the focus but rather the services (i.e. printing, copying, scanning, etc.). The City now only pays per printed page and no longer invests in hardware. Both the ZOOM concept and this procurement were prepared by the OIZ together with the IT Conference Members, the Data Protection Officer, and the Environmental and Health Departments. 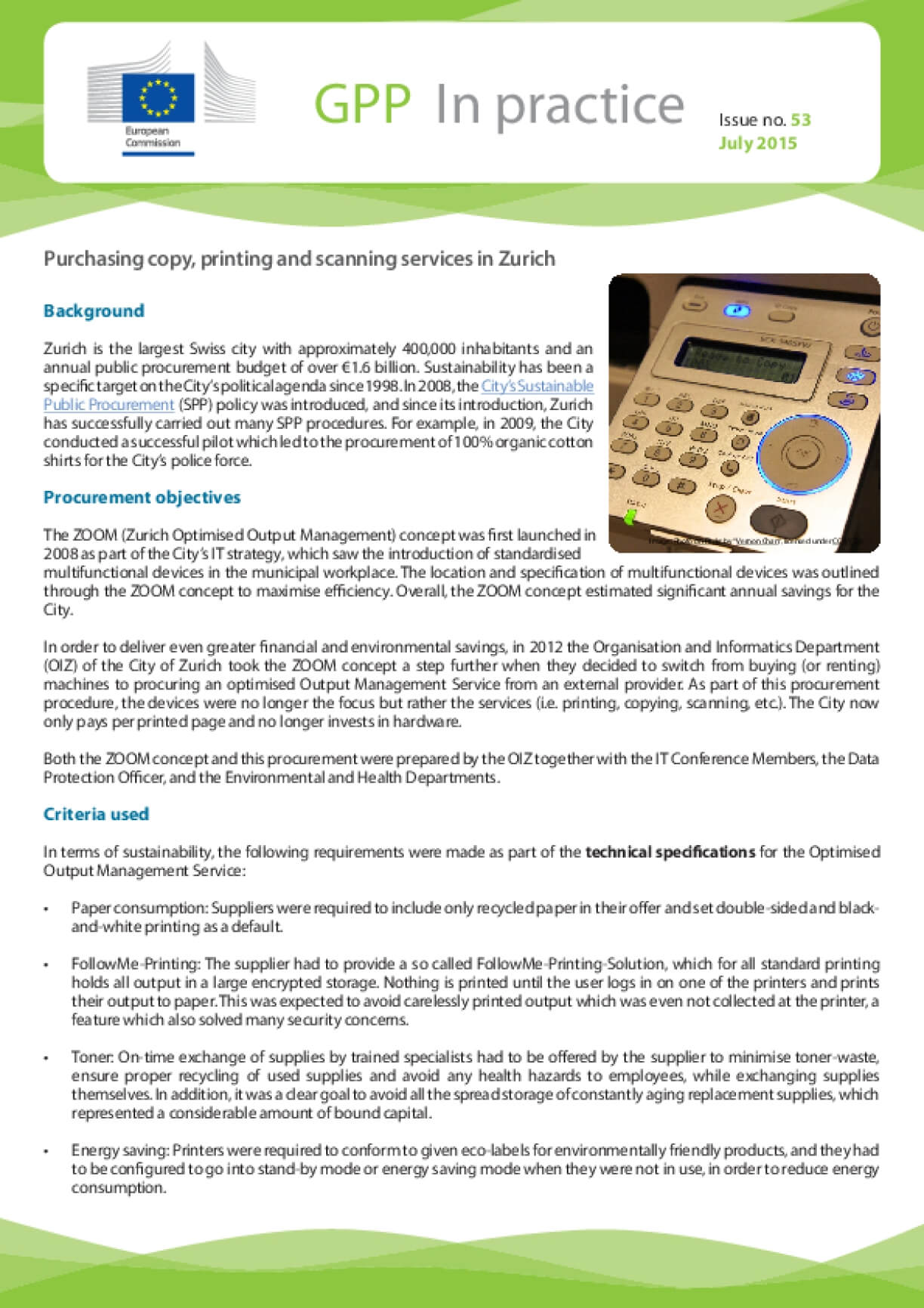