The European Citizens' Initiative (ECI) is an instrument that allows one million citizens to invite the European Commission to submit a proposal for a legal act of the Union for the purpose of implementing the Treaties. It is a tool for agenda-setting and participation in the democratic life of the Union. The rules governing the European Citizens' Initiative are based on the provisions of the Lisbon Treaty and are implemented through the Regulation on the Citizens' Initiative, which has been in application since 1 April 2012. Since then, organisers of initiatives have gathered an estimated 9 million statements of support from citizens across the European Union. Article 22 of the ECI Regulation foresees that every three years, the Commission shall present a report to the European Parliament and the Council on the application of this regulation 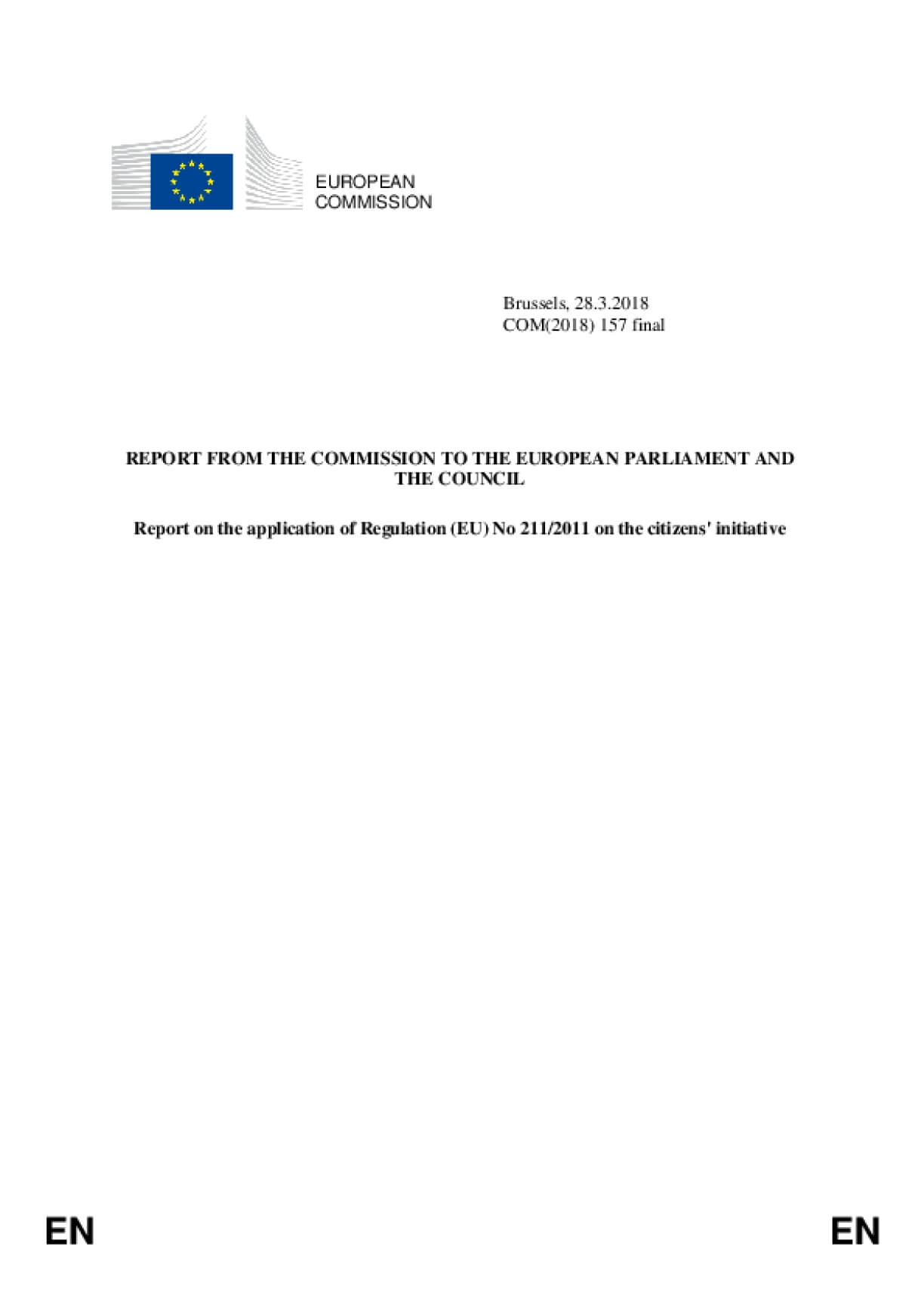