Review of Measures of Effective Teaching

A report on teacher evaluations recently released by the Bill and Melinda Gates Foundation has been refuted by one of the nation's leading economists, who found the widely published report to be seriously flawed. The Gates Foundation last month released the first report of its "Measures of Effective Teaching" (MET) project, which aims to develop a reliable method for evaluating teachers. The report was thoroughly reviewed for the Think Twice think tank review project by University of California at Berkeley economist Jesse Rothstein, former chief economist at the U.S. Department of Labor. Rothstein, who is also former senior economist for the Council of Economic Advisers, found the Gates Foundation's MET report to be based on flawed research and predetermined conclusions.

The review was produced by the National Education Policy Center (NEPC), housed at the University of Colorado at Boulder School of Education, with funding from the Great Lakes Center for Education Research and Practice.

Rothstein's analysis found the MET report draws conclusions that are not supported by its own facts, with some data in the report pointing "in the opposite direction" from what is indicated in its "poorly-supported conclusions."

Rothstein found several instances of conclusions not supported by data. One striking example: The MET report's data suggest that many teachers whose students have low math scores rank among the best at teaching "deeper" concepts. Yet the MET report draws the conclusion that teachers whose students score highly on standardized math tests "tend to promote deeper conceptual understanding as well."

Rothstein also found that the MET report relies heavily on standardized test scores and student surveys, which are insufficient measurements of teacher effectiveness, as teachers facing high-stakes testing will emphasize skills and topics geared toward raising test scores, while de-emphasizing those that aren't on the test. High-stakes student surveys, meanwhile, can be distorted by mischievous adolescents who may not answer honestly if they know their responses can affect teachers' compensation and careers, while teachers may be compelled to alter their practice to cater to student demands, Rothstein reported. 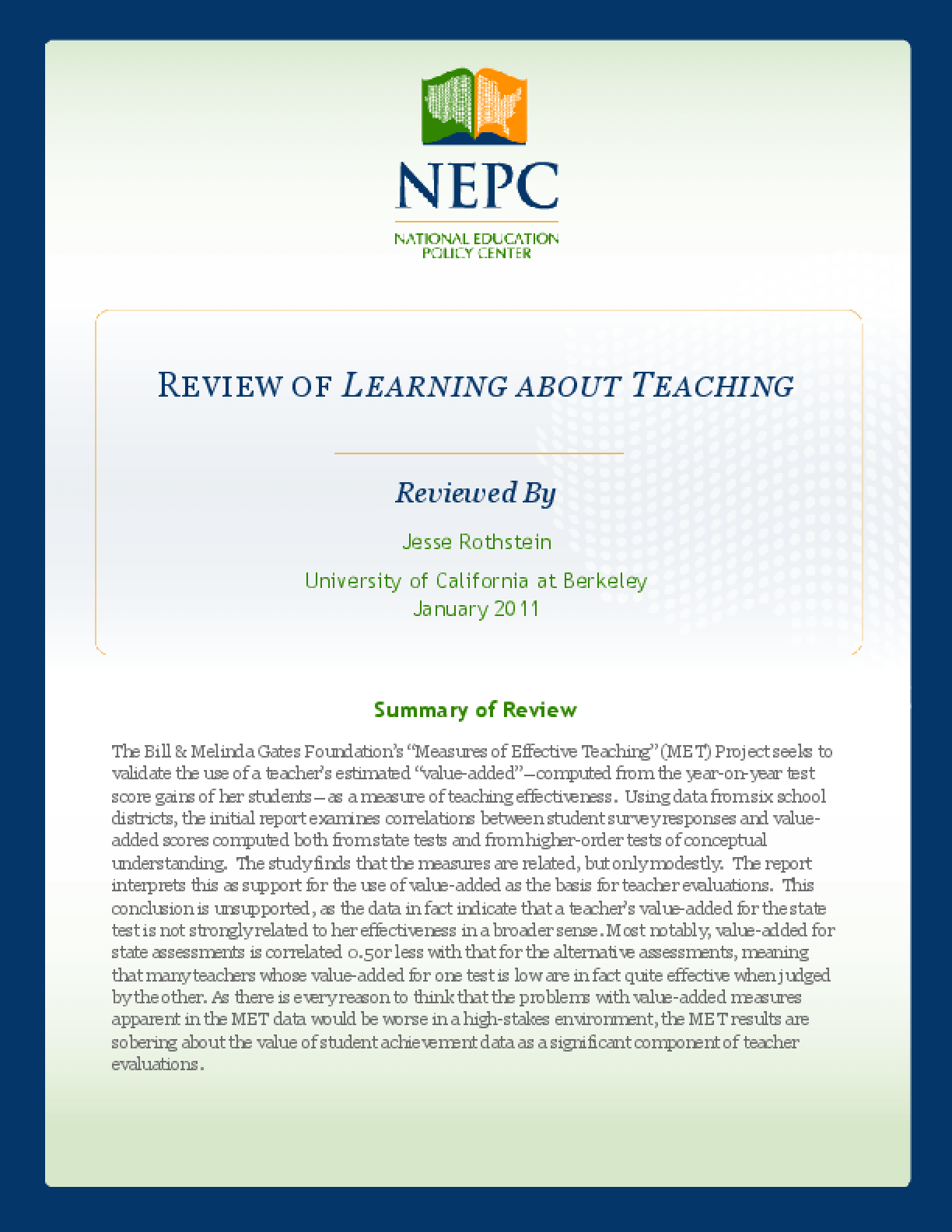