Review of U.S. Math Performance in Global Perspective: How Well Does Each State Do at Producing High-Achieving Students

A report from Harvard's Program on Education Policy and Governance and the journal Education Next finds that only 6% of U.S. students in the high school graduating class of 2009 achieved at an advanced level in mathematics compared with 28% of Taiwanese students and more than 20% of students in Hong Kong, Korea, and Finland. Overall, the United States ranked behind most of its industrialized competitors. The report compares the mathematics performance of high achievers not only across countries but also across the 50 U.S. states and 10 urban districts. Most states and cities ranked closer to developing countries than to developed countries. However, the study has three noteworthy limitations: (a) internationally, students were sampled by age and not by grade, and countries varied greatly on the proportion of the student cohort included in the compared grades; in fact, only about 70% of the U.S. sample would have been in the graduating class of 2009, which makes the comparisons unreliable; (b) the misleading practice of reporting rankings of groups of high-achieving students hides the clustering of scores, inaccurately exaggerates small differences, and increases the possibility of error in measuring differences; and (c) the different tests used in the study measured different domains of mathematics proficiency, and the international measure was limited because of relatively few test items. The study's deceptive comparison of high achievers on one test with high achievers on another says nothing useful about the class of 2009 and offers essentially no assistance to U.S. educators seeking to improve students' performance in mathematics.

This brief is published by the National Education Policy Center (NEPC), and is one of a series of briefs made possible in part by funding from The Great Lakes Center for Education Research and Practice. 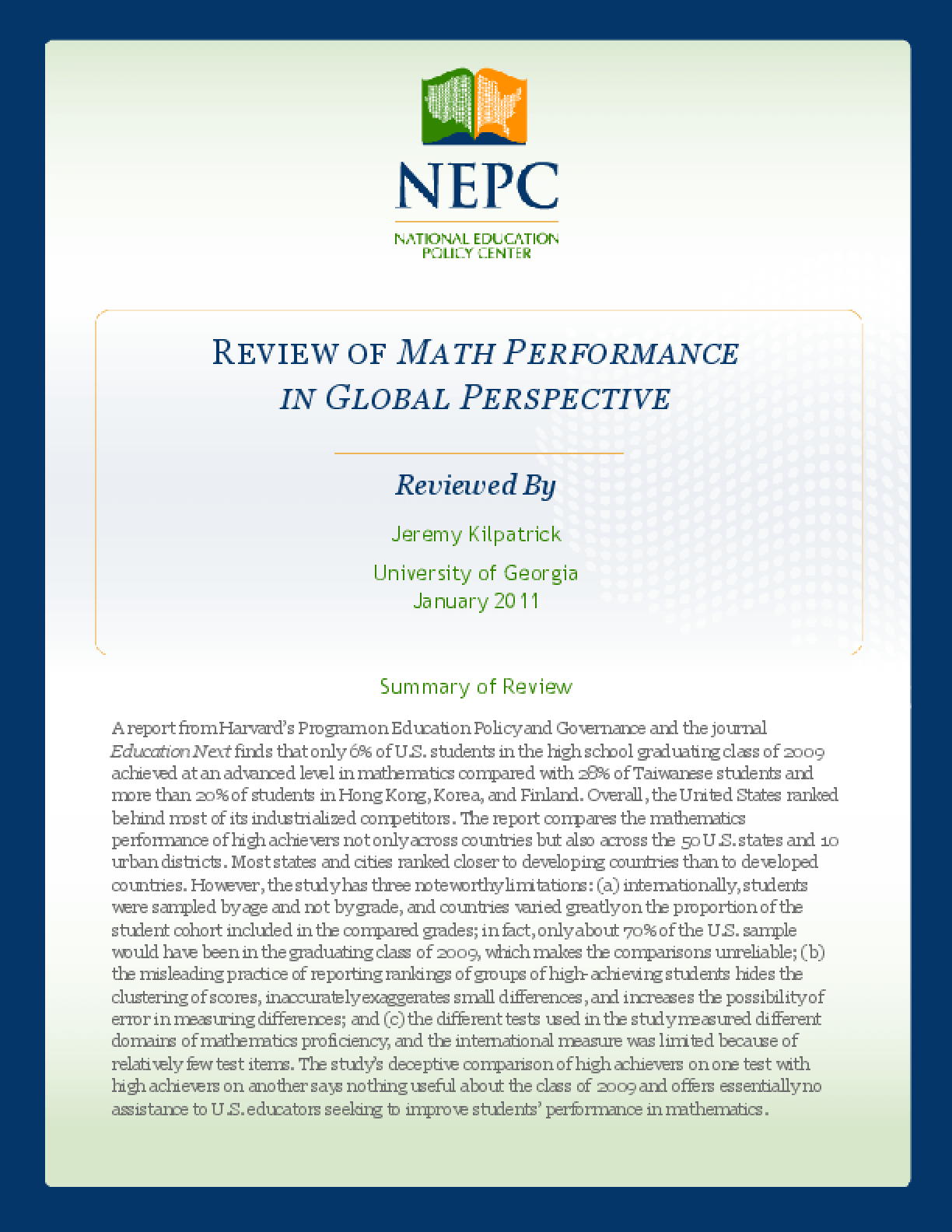