Production of photovoltaics (PV) jumped to 3,800 megawatts worldwide in 2007, up an estimated 50 percent over 2006. At the end of the year, according to preliminary data, cumulative global production stood at 12,400 megawatts, enough to power 2.4 million U.S. homes. Growing by an impressive average of 48 percent each year since 2002, PV production has been doubling every two years, making it the world's fastest-growing energy source. Photovoltaics, which directly convert sunlight into electricity, include both traditional, polysilicon-based solar cell technologies and new thin-film technologies. Thin-film manufacturing involves depositing extremely thin layers of photosensitive materials on glass, metal, or plastics. While the most common material currently used is amorphous silicon, the newest technologies use non-silicon-based materials such as cadmium telluride. A key force driving the advancement of thin-film technologies is a polysilicon shortage that began in April 2004. In 2006, for the first time, more than half of polysilicon production went into PVs instead of computer chips. While thin films are not as efficient at converting sunlight to electricity, they currently cost less and their physical flexibility makes them more versatile than traditional solar cells. Led by the United States, thin film grew from 4 percent of the market in 2003 to 7 percent in 2006. Polysilicon supply is expected to match demand by 2010, but not before thin film grabs 20 percent of the market. The top five PV-producing countries are Japan, China, Germany, Taiwan, and the United States. Recent growth in China is most astonishing: after almost tripling its PV production in 2006, it is believed to have more than doubled output in 2007. With more than 400 PV companies, China's market share has exploded from 1 percent in 2003 to over 18 percent today. Having eclipsed Germany in 2007 to take the number two spot, China is now on track to become the number one PV producer in 2008. The United States, which gave the world the solar cell, has dropped from third to fifth place as a solar cell manufacturer since 2005, overtaken by China in 2006 and Taiwan in 2007. See data at www.earthpolicy.org/Indicators/Solar/2007_data.htm. 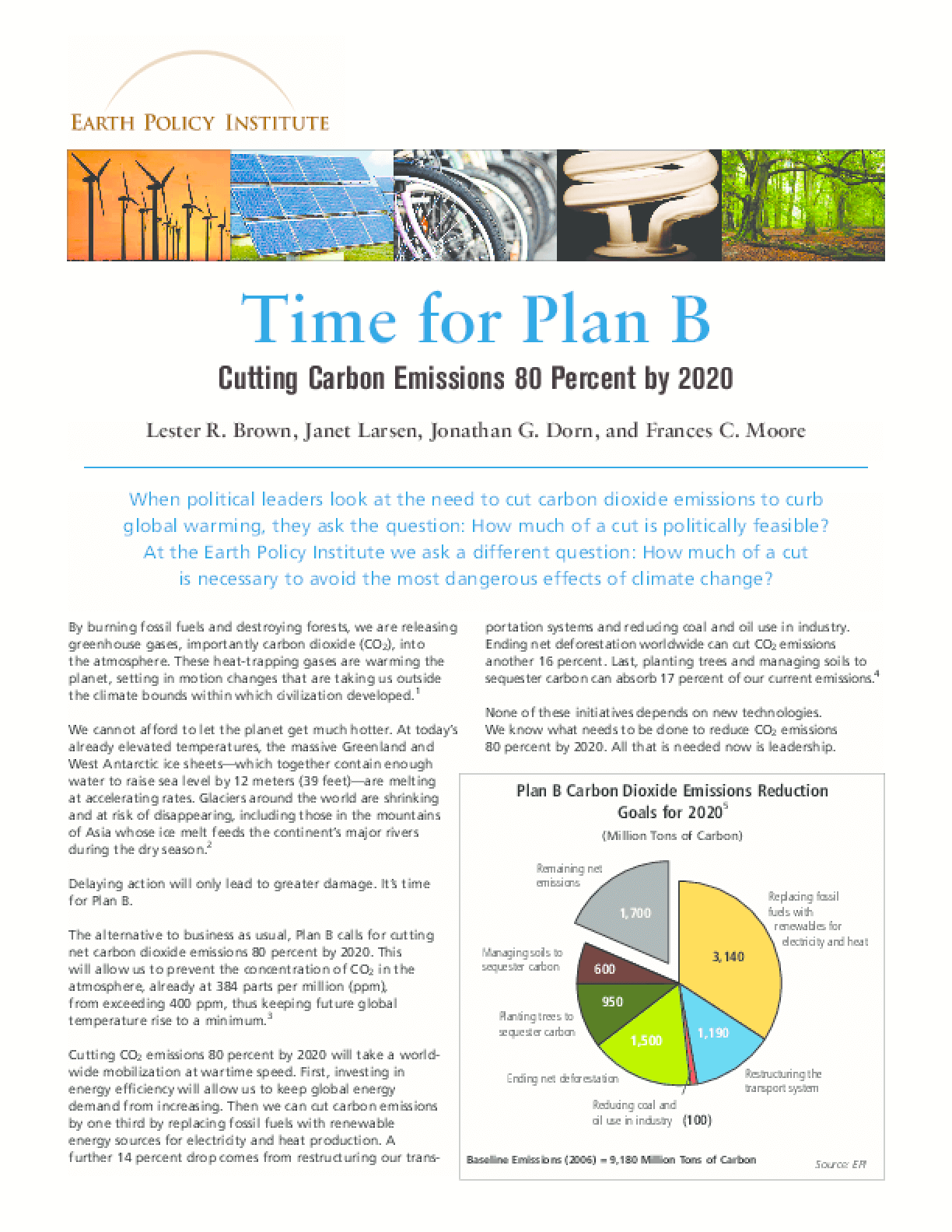