The Affordable Care Act (ACA) of 2010 includes a number of new policies intended to substantially reduce the number of people without health insurance. Key provisions to be implemented in 2014 include new health insurance exchanges, subsidies for coverage in those exchanges, health insurance market reforms, and an individual mandate. The ACA also includes an expansion of Medicaid coverage to individuals with incomes up to 138 percent of the Federal Poverty Level ($15,856 for an individual or $26,951 for family of three in 2013). The Medicaid expansion under the ACA became a state option following the Supreme Court ruling in June of 2012. At this point, it is not clear how many states will elect to expand Medicaid coverage. If all states were to do so, enrollment in Medicaid is projected to increase nationwide by about 18.1 million and the uninsured would decline by 23.1 million. This brief provides highlights from new state and sub-state estimates of how the number and composition of individuals enrolled in Medicaid/CHIP would change with full implementation of the ACA, including the Medicaid expansion (see kff.org/zooming-in-ACA). These estimates provide more detail on the projected coverage changes under the ACA at the state level than in prior research. They also provide new information on the expected coverage changes resulting from the ACA at the local level in all states. This analysis demonstrates that there is substantial variation across and within states in the magnitude and composition of the population that is projected to gain Medicaid coverage under the ACA. These estimates also provide guidance on the areas that are likely to experience the largest declines in the uninsured and where the residual uninsured are likely to be concentrated. 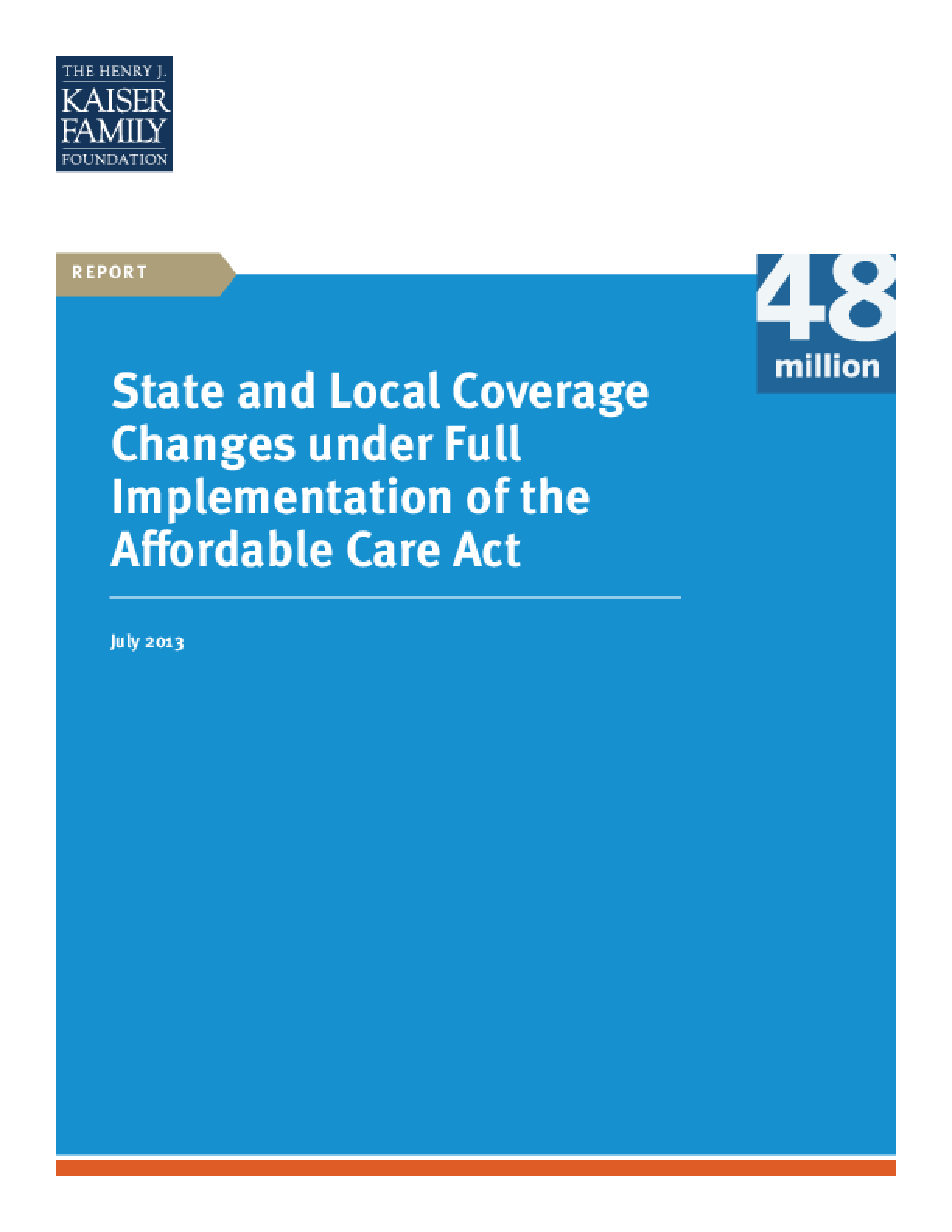