MacArthur Foundation's Population and Reproductive Health Program in Mexico entered a final phase from 2015 – 2019. Since entering the field in 1986, the program aimed to contribute to Mexico's progress in reducing the national maternal mortality ratio. In the 1990s, it helped create and strengthen a national movement that followed two of the field's most important international conferences for reproductive health: the International Conference on Population and Development (1994) and the Fourth World Conference on Women (1995).

The Foundation contracted with Consultores Colibrí an external evaluator, to conduct the evaluation of its midwifery initiative. A baseline evaluation was completed in February 2016. It explores the landscape and baseline information related to the four thematic areas of the final phase of our work: legal and normative framework, recognition and demand, education, deployment and quality of care. And a progress report was completed in 2018. The progress report focuses on the same four areas of work: documenting knowledge and acceptance of the concept of midwifery, professional midwives who attended labor and delivery in the public health care system, evidence-based practices used in midwifery training, and the quality of care provided by midwives and physicians. Both reports represent the use of quantitative and qualitative methodologies and analysis techniques. 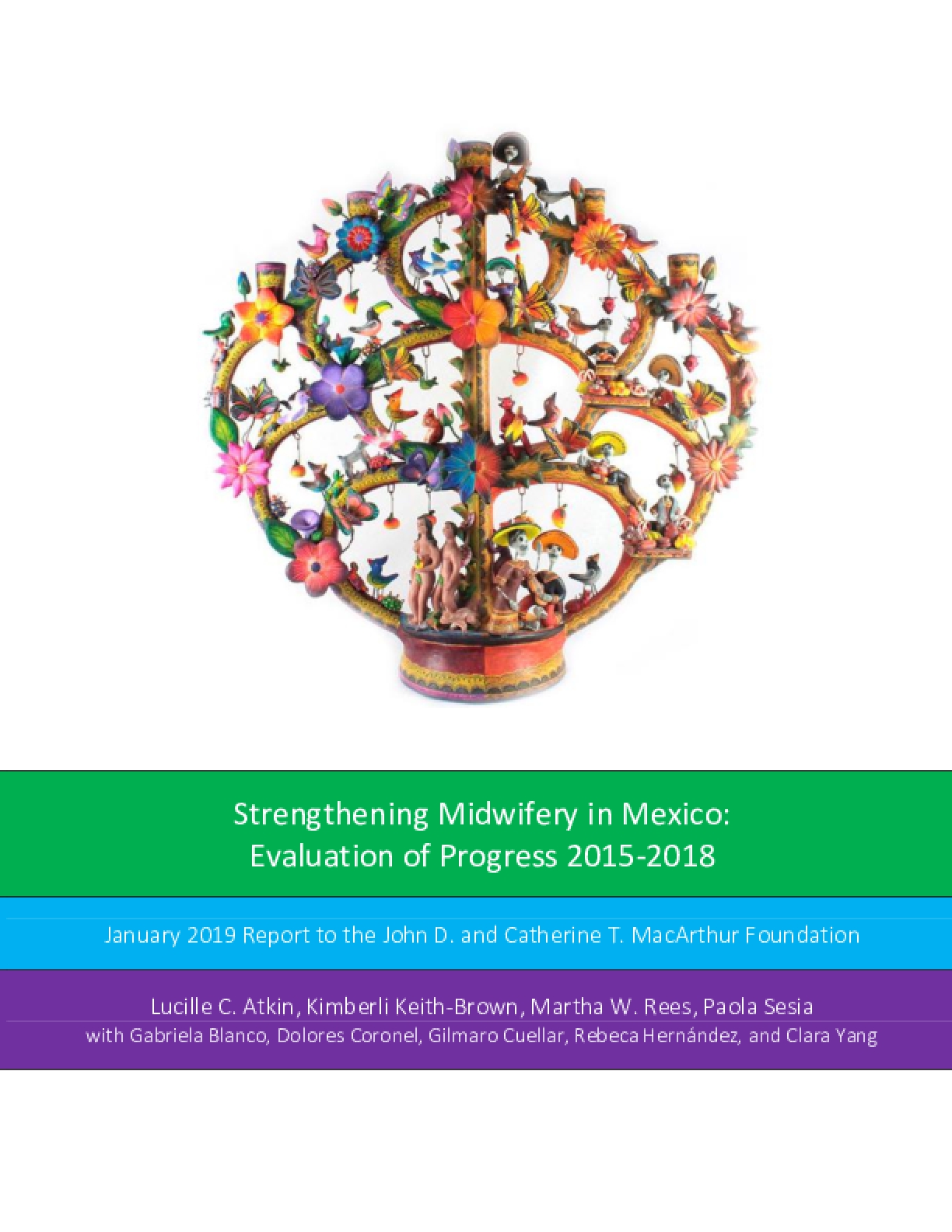