Life satisfaction dips around middle age and rises in older age in high-income, English-speaking countries, but that is not a universal pattern, according to a new report. In contrast, residents of other regions -- such as the former Soviet Union, Eastern Europe, Latin America and sub-Saharan Africa -- grow increasingly less satisfied as they age. The study -- conducted by researchers from Princeton University's Woodrow Wilson School of Public and International Affairs, Stony Brook University and University College London -- highlights how residents of different regions across the world experience varying life-satisfaction levels and emotions as they age. 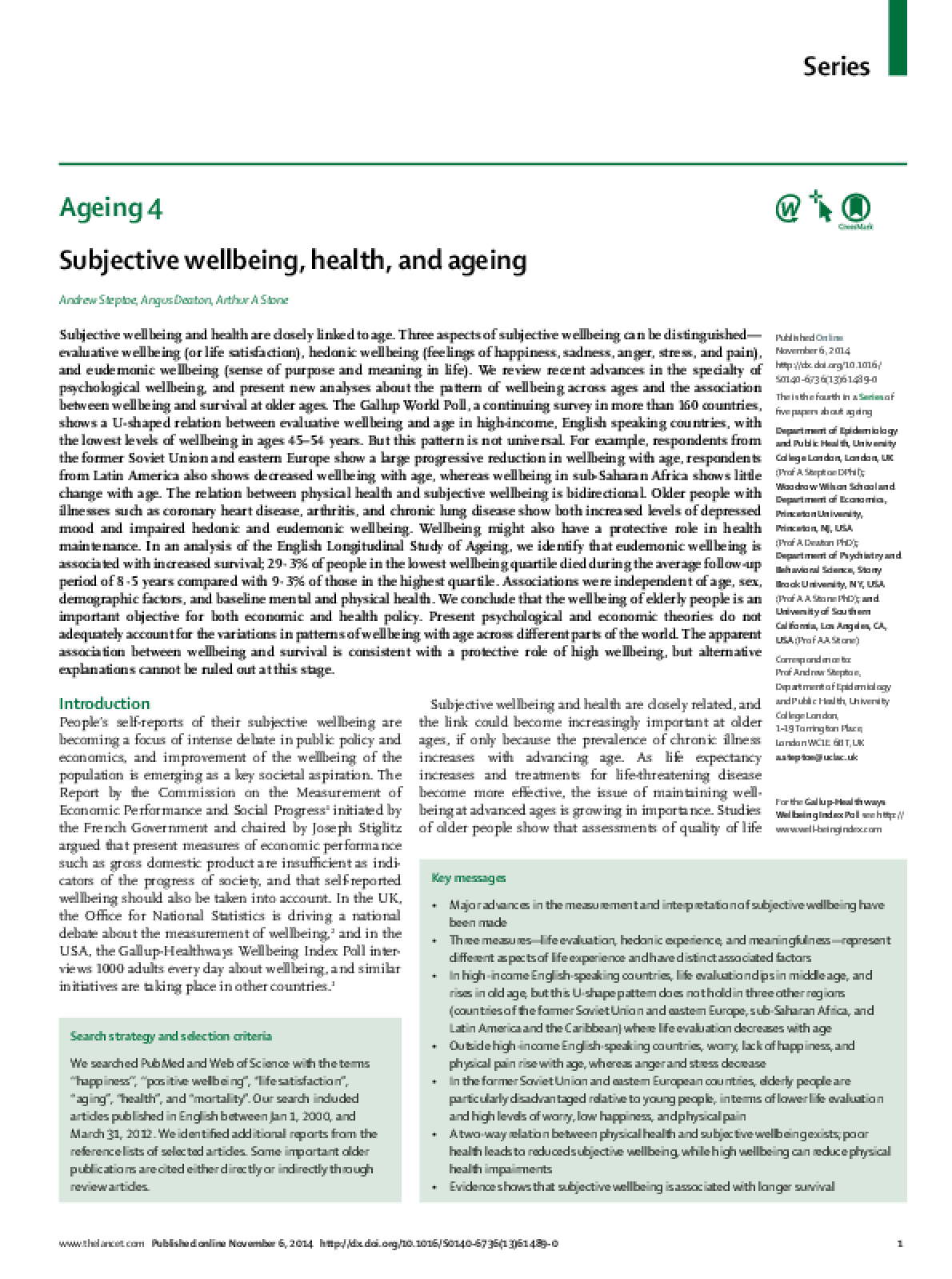