In a complaint filed with the IRS, Public Citizen shows the U.S. Chamber of Commerce and its affiliated Institute for Legal Reform (ILR) failed to report millions in taxable spending from 2000 to 2004 intended to influence state-level attorney general and supreme court races and federal races around the country. Public Citizen also asked the IRS to investigate whether the U.S. Chamber and ILR, which are two separate legal entities, combined funds in a shared bank account to hide accurate reporting of investment or interest income for tax avoidance. Court records, internal corporate documents and media reports indicate that the Chamber and the ILR engaged in a massive campaign to affect the outcome of state and federal races through direct expenditures and grants made to organizations that carried out the Chamber's wishes. All 501(c) groups are required to report political expenditures on Line 81 of the IRS Form 990. Despite its own assertions of millions of dollars spent on electioneering, the Chamber and ILR failed to report any political spending from 2000 to 2003. Public Citizen asked the IRS to investigate whether the groups' failure to report political expenditures and to provide accurate accounting of their grants to outside organizations resulted in tax avoidance and a violation of disclosure requirements. 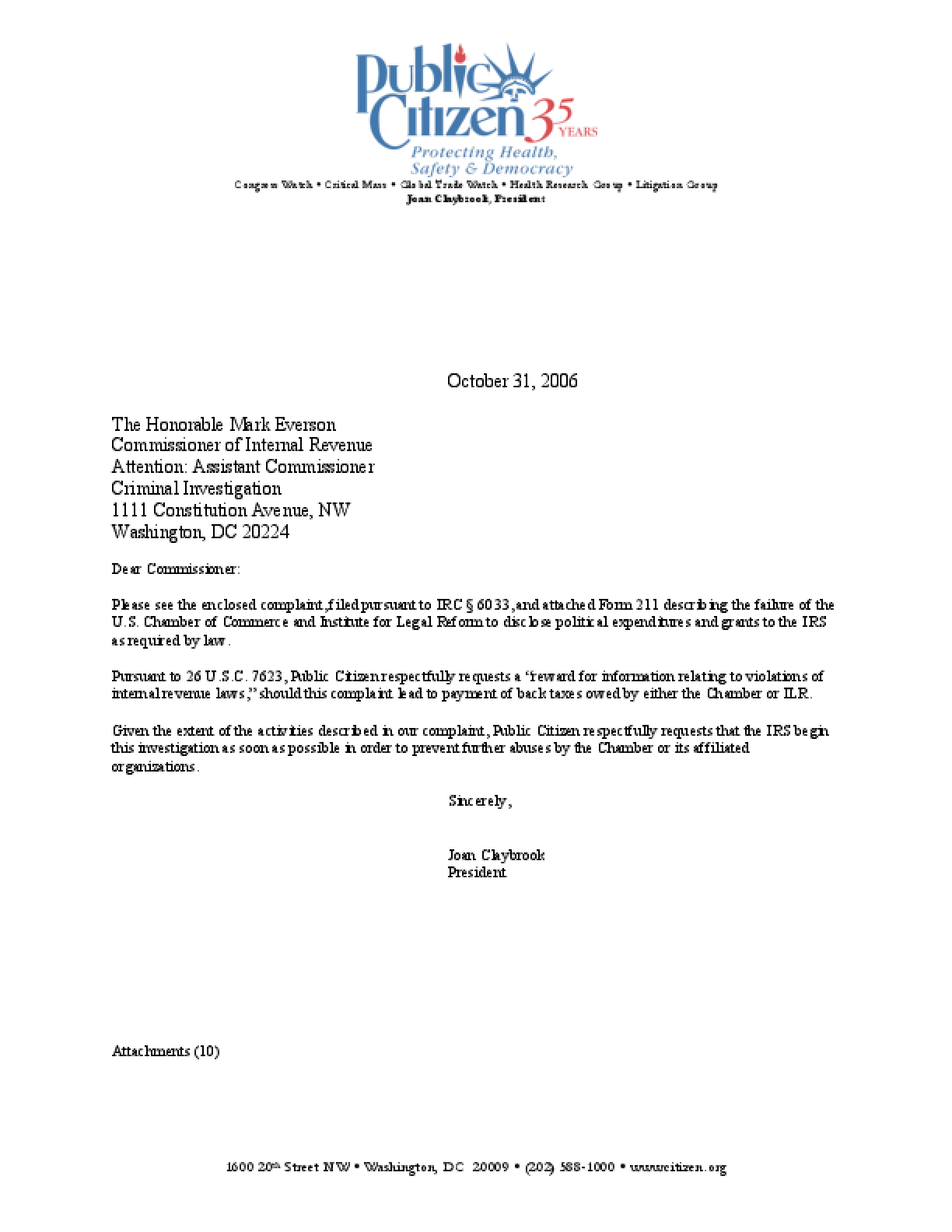