The Effects of a Very Young Age Structure in Yemen: A Country Case Study

Yemen has broken into the global political scene, with periodic terrorist attacks against foreign targets and its location as a base for al-Qaida in the Arabian Peninsula highlighting the country's geopolitical significance. Yemen has the most youthful age structure in the world outside of sub-Saharan Africa, and its demographic situation is acknowledged by its government and external partners alike as a major challenge to the country's continued development. Since 1980, Yemen's population has nearly tripled, from 8.4 million to 21 million. Women in Yemen have an average of 6.2 children. If this fertility level stays constant, Yemen is projected to have a population of 39 million by 2025. Despite cultural challenges, programs already in place have successfully partnered with religious and political leaders to promote reproductive health. However, there are concerns about how well relevant national policies are being implemented. In a tremendously difficult political and economic context, the government must yet prove its political will. 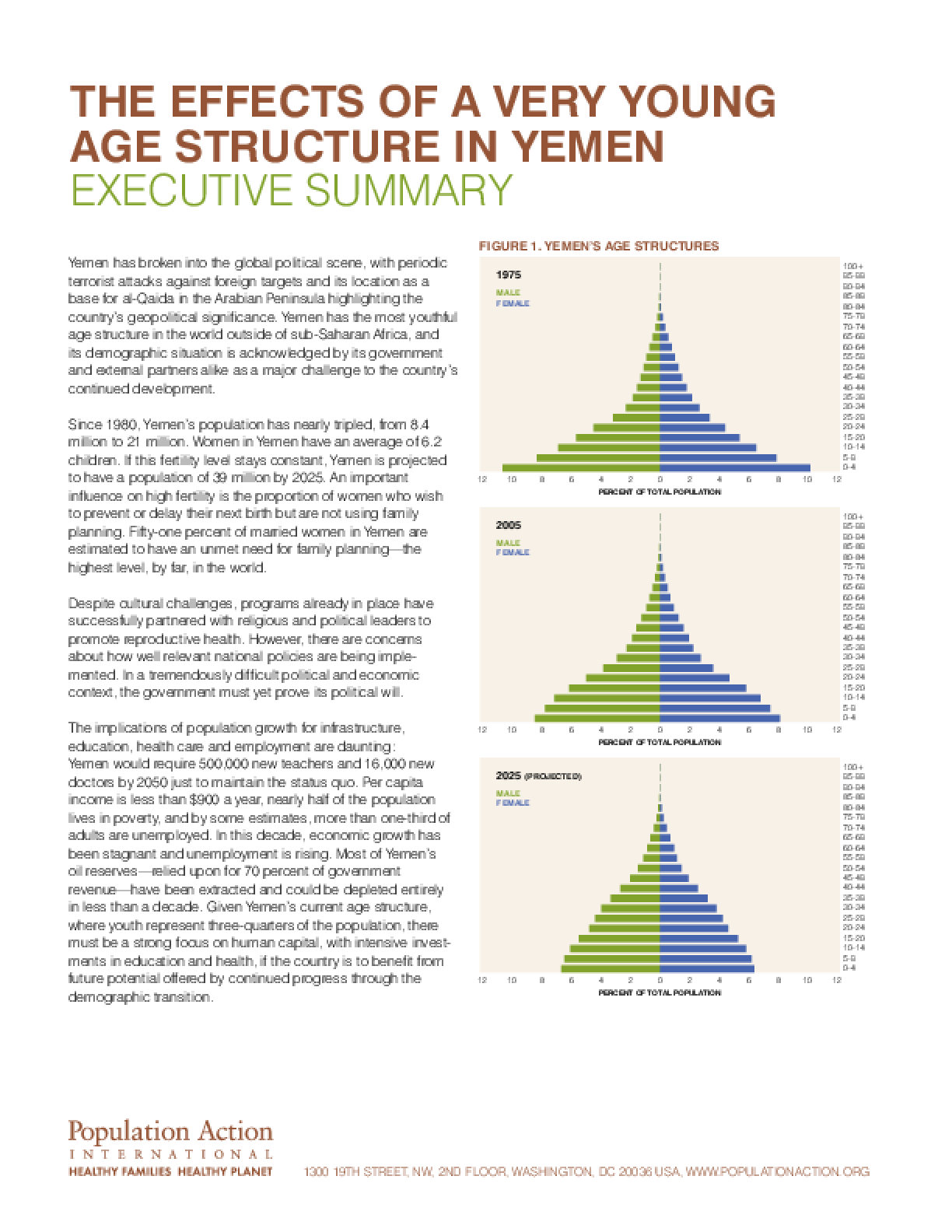