The Greek Economy: Which Way Forward?

In the past 6 years the Greek economy has gone through a massive adjustment at a steep price. The economy finally grew in 2014, by 0.6 percent, but the recovery is weak, slow and fragile. This paper argues that prolonged mass unemployment and reduced living standards, brought about by years of recession and budget cuts, are unnecessary, and that a robust recovery is feasible. It presents an alternative macroeconomic scenario with a moderate fiscal stimulus, which brings the economy much closer to full employment over the next five years, with a lower net debt than currently projected by the IMF. This alternative is just one of many possible scenarios, some of which might include debt cancellation, or more help from the European Central Bank in maintaining low interest rates, especially in light of its recently announced quantitative easing program. The current program, which forecasts a weak recovery with many downside risks, as well as continued mass unemployment in the years ahead, should be replaced with policies that offer a much stronger and faster recovery. 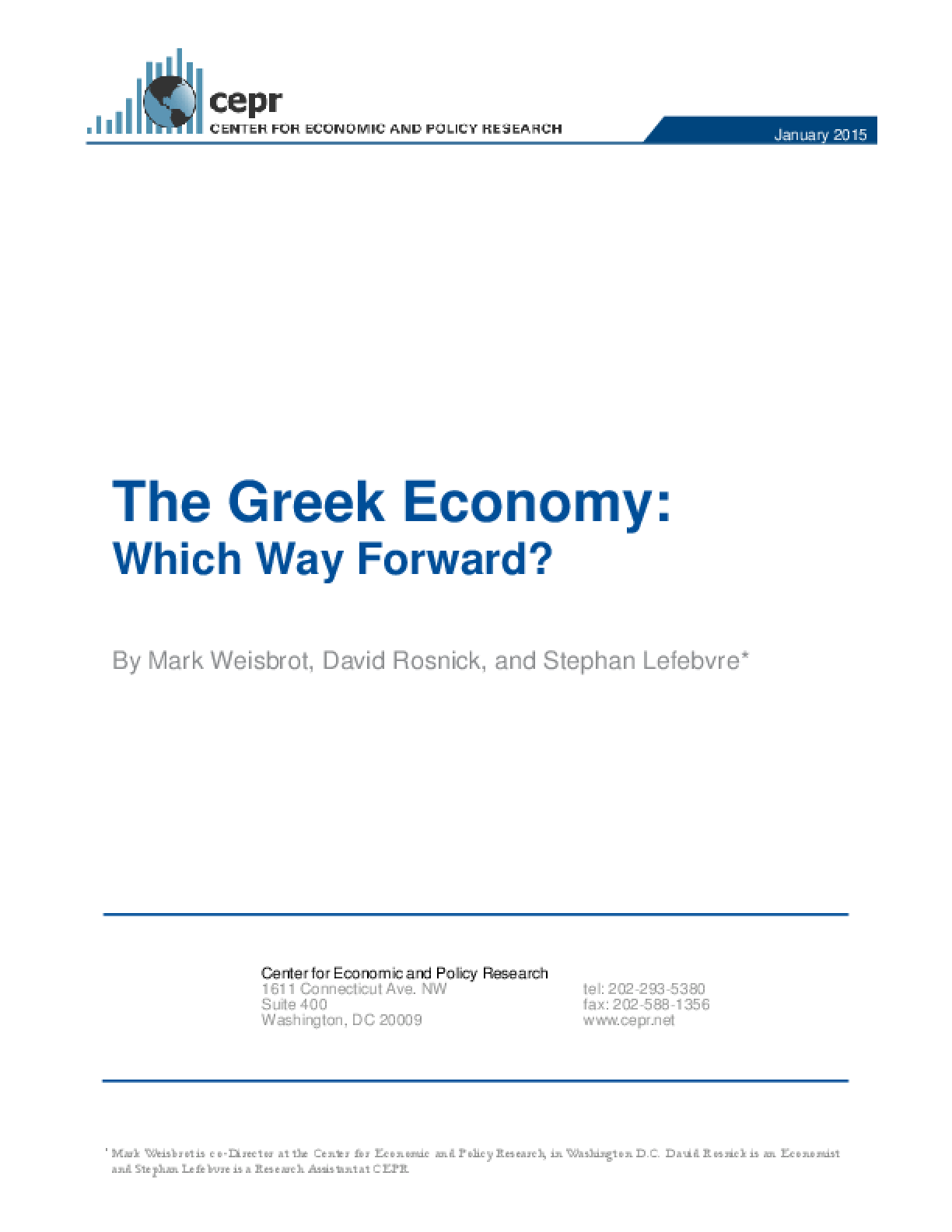