The Initiation and Development of Public Health Nursing in China: Transnational Flow of Nurses, Knowledge, and Culture 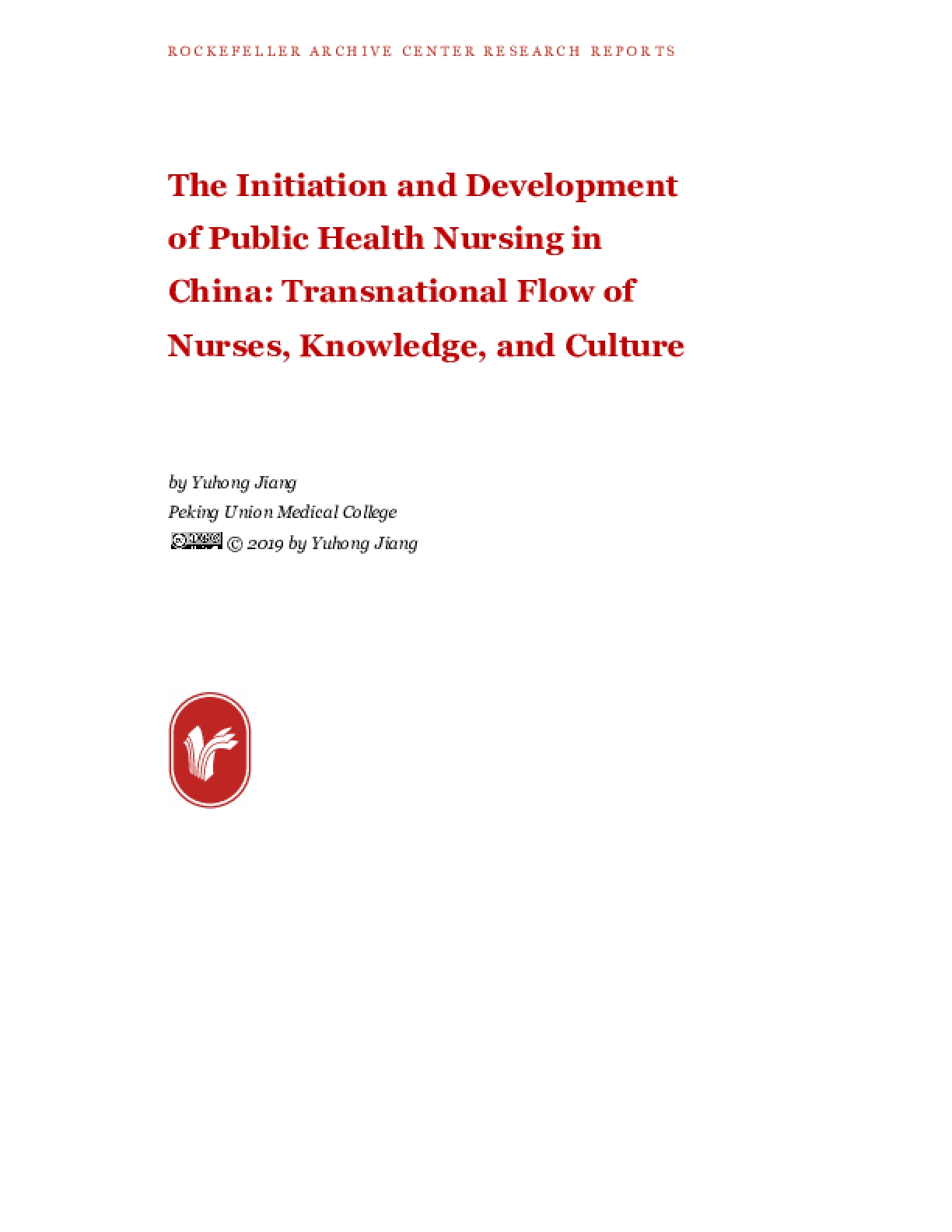