The Right to a Nationality and the Secession of South Sudan: A Commentary on the Impact of the New Laws

In January 2011, after years of civil war, the people of South Sudan voted overwhelmingly for separation from the Republic of Sudan. The Republic of South Sudan obtained its independence six months later, on July 9, 2011. As part of the process of separation of the two states, people of South Sudanese origin who are habitually resident (in some cases for many decades) in what remains the Republic of Sudan are being stripped of their Sudanese nationality and livelihoods, irrespective of the relative strength of their connections to either state, and their views on which state they would wish to belong to. This commentary analyzes the new legislation and discusses the implications. 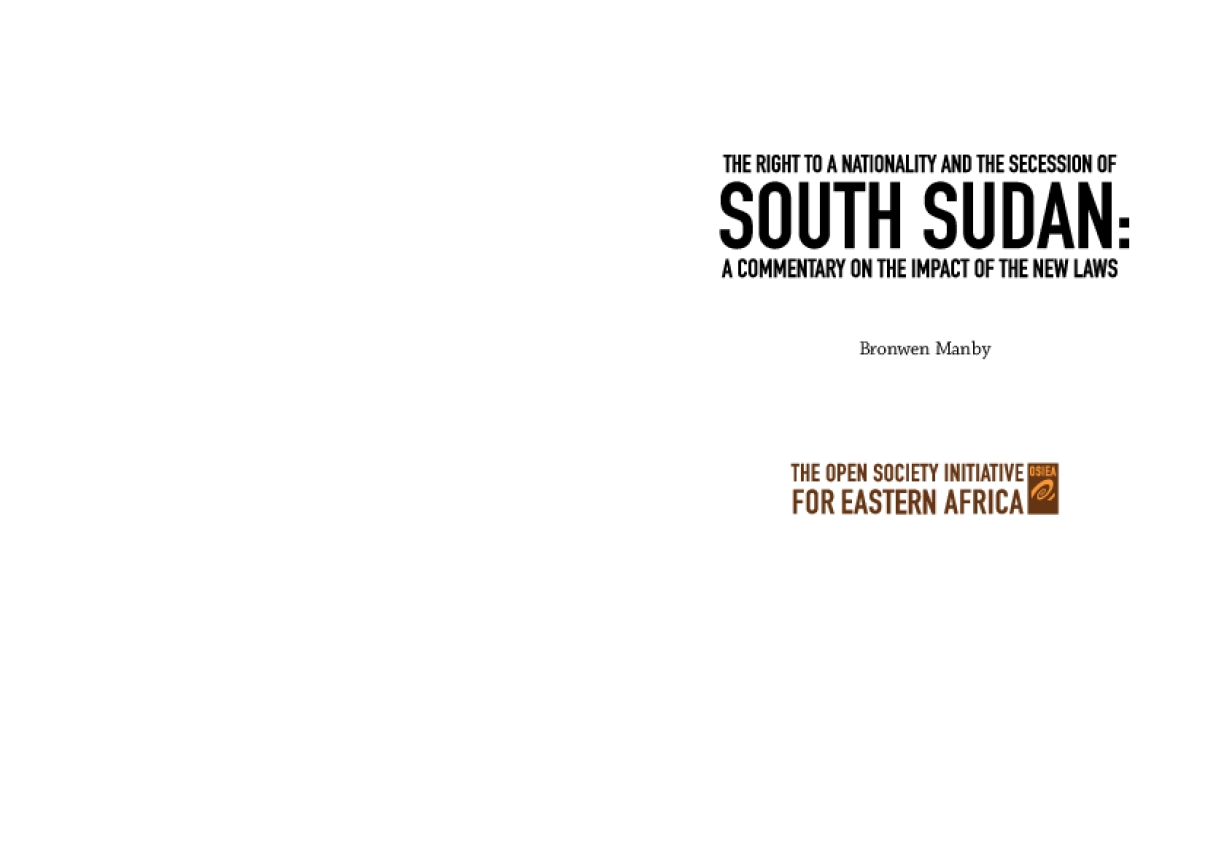