The Right to Nationality and the Secession of South Sudan

As part of the process of separation of the two states, people of South Sudanese origin who are habitually resident (in some cases for many decades) in what remains the Republic of Sudan are being stripped of their Sudanese nationality and livelihoods. This is happening irrespective of the relative strength of their connections to either state, and their views on which state they would wish to belong to.

This summary of a forthcoming detailed legal commentary from the Open Society Initiative for East Africa (OSIEA) looks at the issues created by the respective nationality laws of the two Sudans. It makes recommendations aimed at averting a crisis of statelessness that will affect over half a million people, now unfolding against the background of open conflict between the two countries 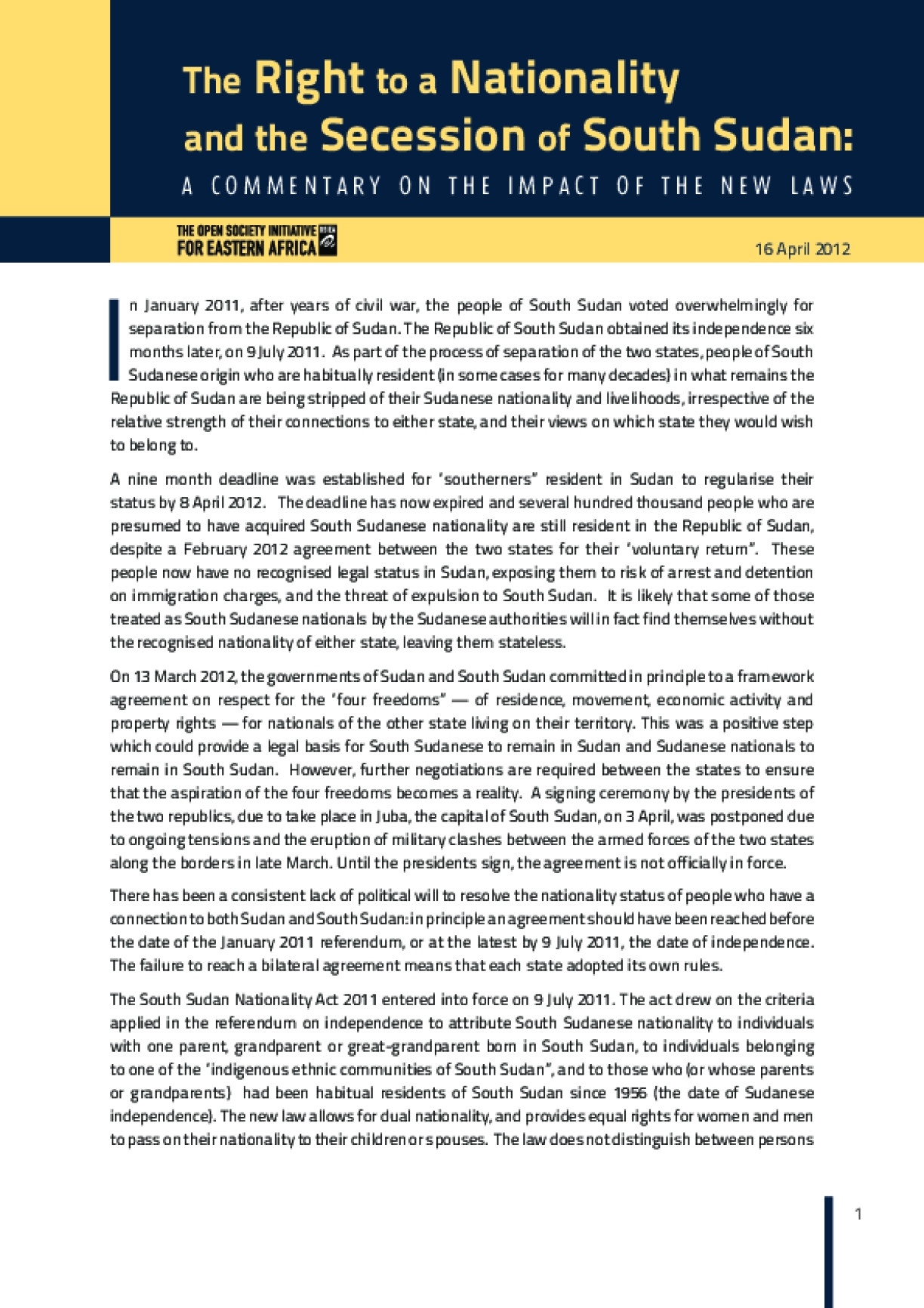