The Unequal Distribution of Health in the Twin Cities

"The Unequal Distribution of Health in the Twin Cities" was commissioned by the Blue Cross and Blue Shield of Minnesota Foundation to ask a very important question: "Is there a connection between socioeconomic status and health in the Twin Cities?" The results of the study show that here, as elsewhere across the country, health is connected to median area income, education, race and neighborhood conditions. The study revealed that an increase of $10,000 in an area's median income "buys" its residents an additional year of life. Children born into the highest income/lowest poverty areas can expect to live 8 years longer than those born into the lowest income/highest poverty areas. Life expectancy varies greatly by race in the Twin Cities, ranging from a high of 83 years for Asians to 61.5 years for American Indians. 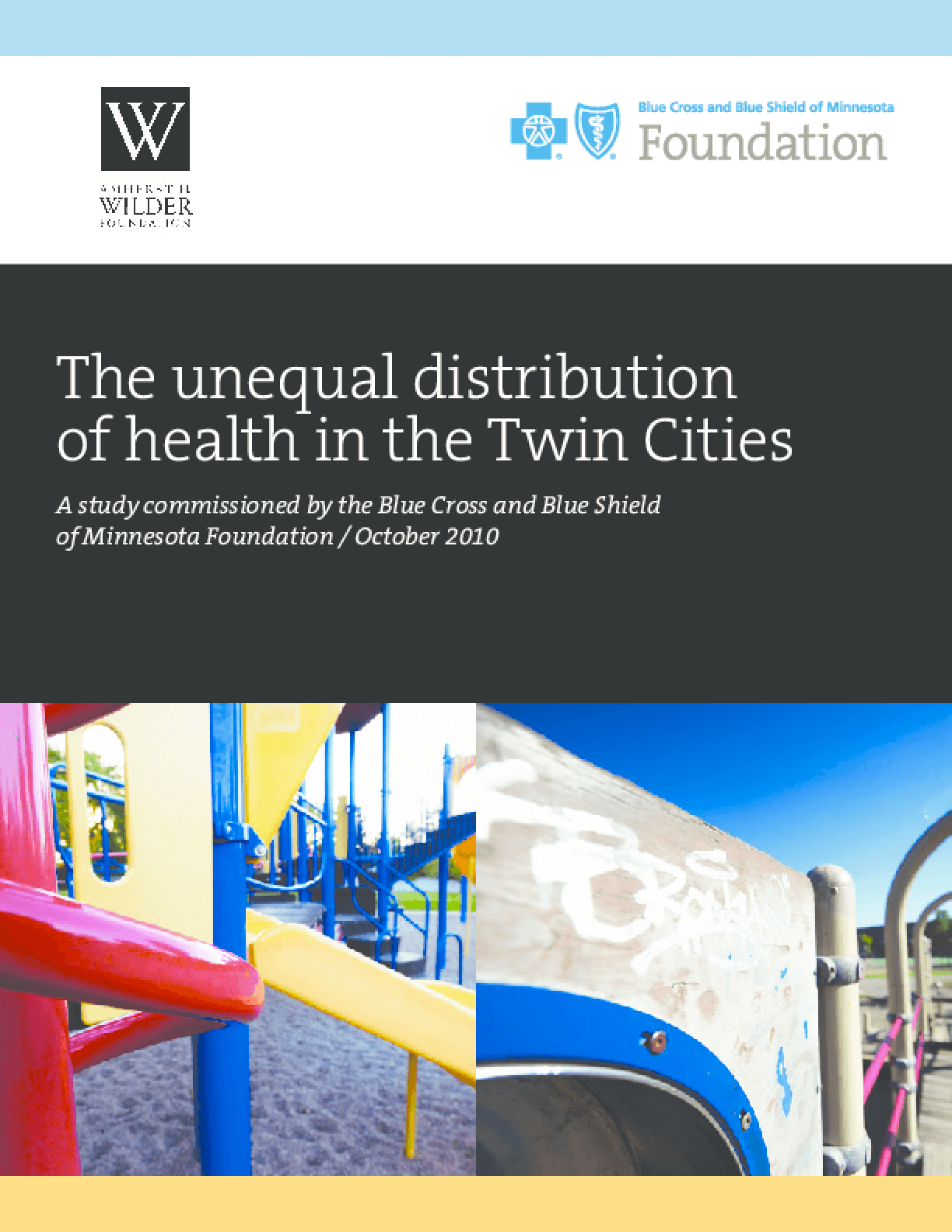