Trade and Jobs: Can We Trust the Models? 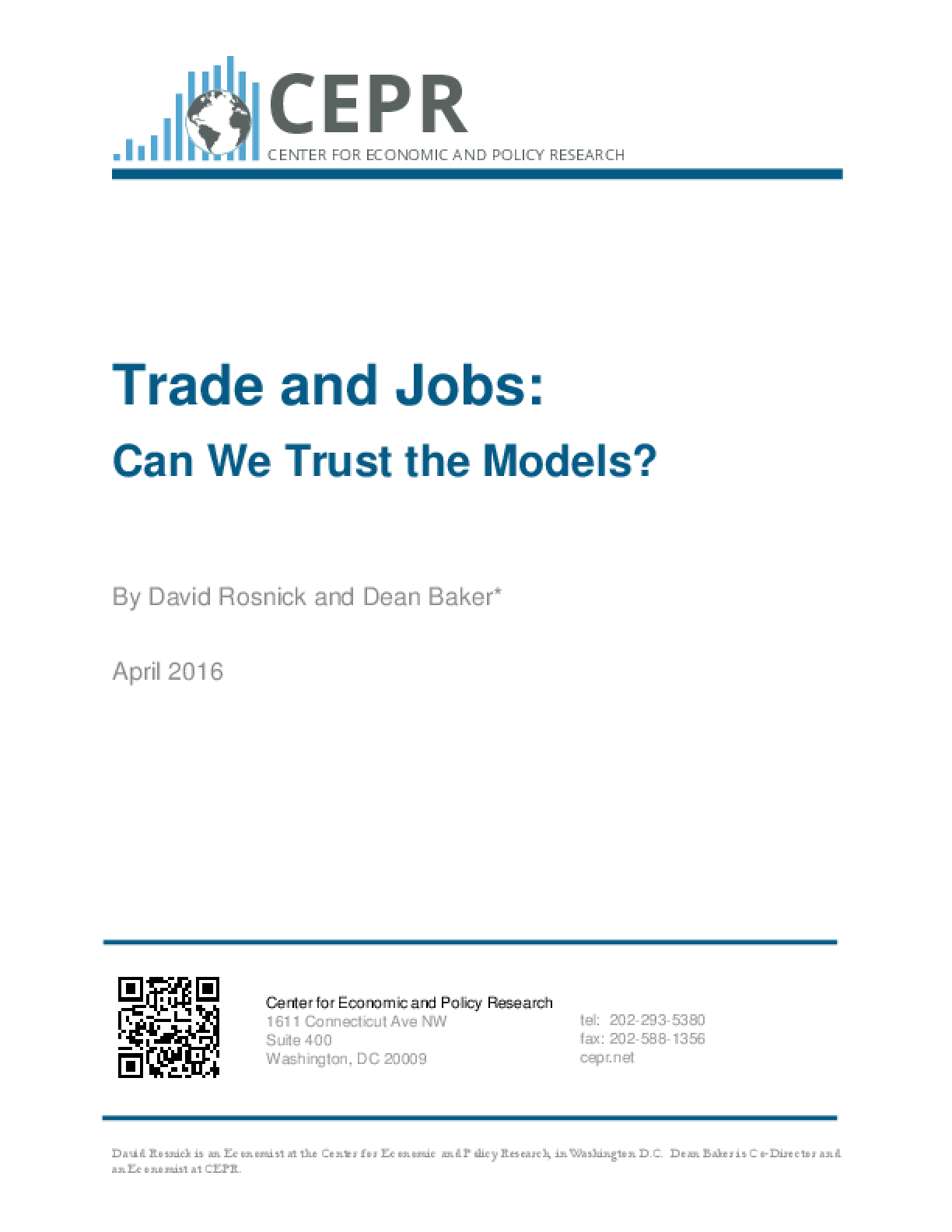