Trends in Impact on Student Outcomes: The Intensive Partnerships for Effective Teaching Through 2013–2014

Sites began planning and implementing the reforms during the 2009–2010 school year, and most elements were in place in some form by 2012–2013. However, the sites continued to add new components and fine-tune their strategies after 2012–2013, and foundation support continues through the 2015–2016 school year.

This report describes results through 2013–2014. Because implementation unfolded over time, it is not clear when to expect to see initial effects on student outcomes. Initial effects might be expected by 2012–2013, when many components were in place, but effects might be expected to grow as the components are implemented more completely and transform practice more deeply. 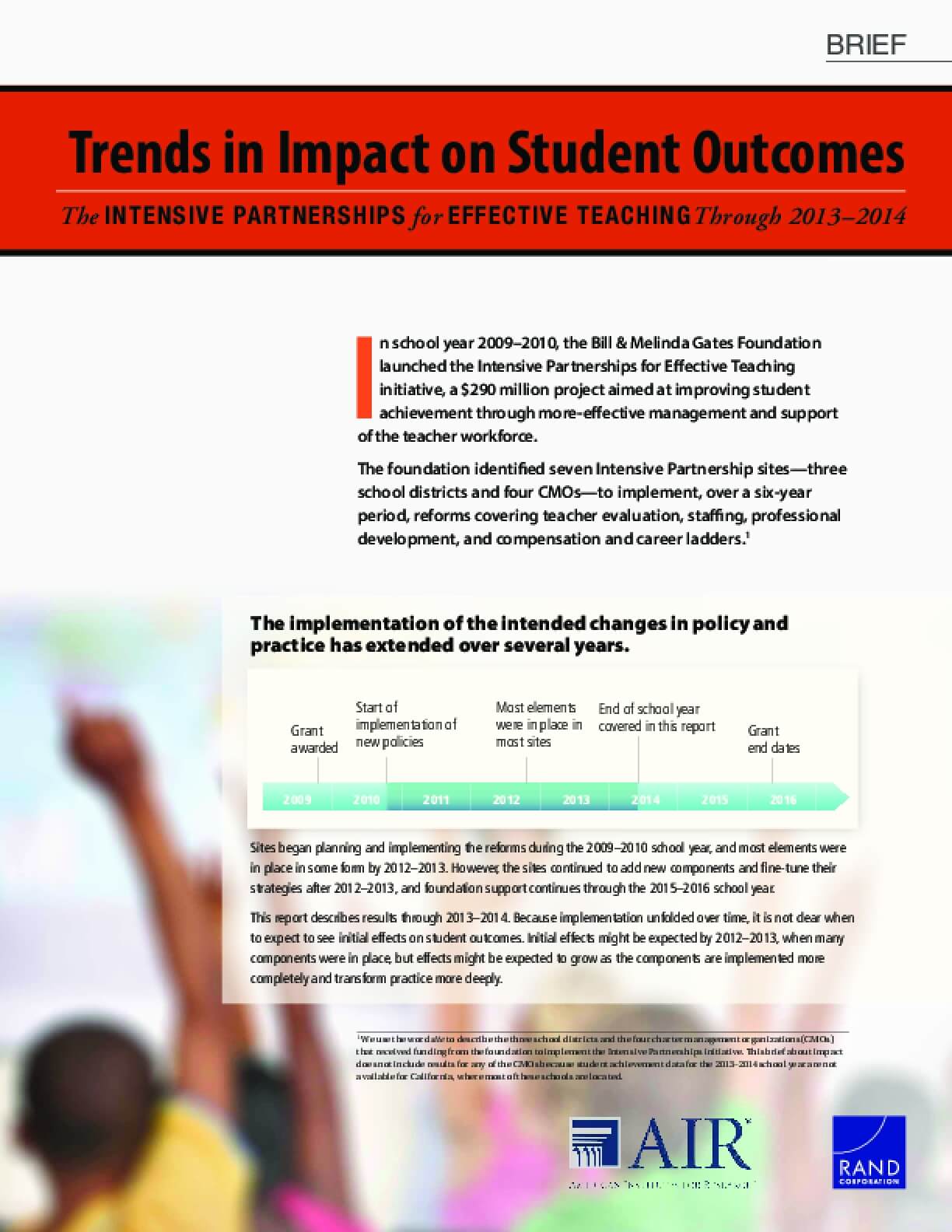