Understanding the Impact of Rural Electrification in Uttar Pradesh and Bihar, India: Evidence from The Rockefeller Foundation's Smart Power for Rural Development Initiative

Launched in 2015, Smart Power for Rural Development (SPRD) is a $75 million Rockefeller Foundationinitiative aimed at accelerating development in India's least electrified states. Through the deploymentof decentralized, renewable energy mini-grids, SPRD has supported the Foundation's vision of speedingthe growth of rural economies, while at the same time improving the lives and livelihoods of poor andmarginalized families and communities.

A monitoring and evaluation (M&E) grantee, Sambodhi, was funded to work alongside implementingpartners to measure and document the changes that the initiative is having in people's lives. Sambodhialso collected data to inform decision making and support course correction throughout the initiative'simplementation.

This report summarizes M&E data collected in late 2016, covering the period March 2016–August 2016.The sample for this report is 39 sites across Uttar Pradesh and Bihar, consisting of 1,000 households and320 micro-enterprises. Together, these constitute nearly 10 percent of SPRD customers. Another 328non-customer households were consulted to provide a comparative perspective. 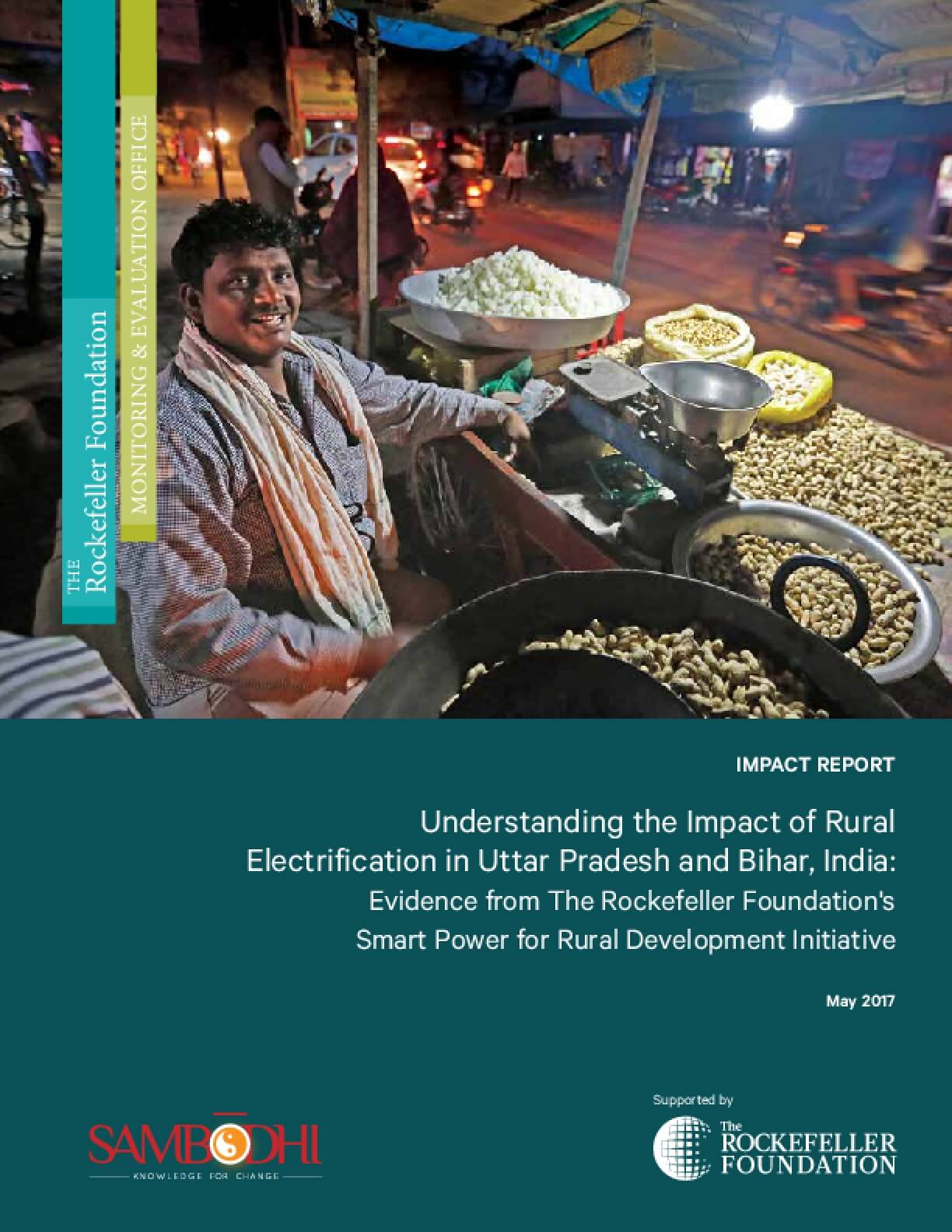