What Does Climate Change Mean for the Arctic? How is Alaska Being Affected?

by Fredric A. Beck

The Environmental and Energy Study Institute (EESI) held a Congressional briefing on March 15, 2005 on the Arctic Climate Impact Assessment (ACIA) 1 and climate change impacts already observed in Alaska. The assessment, released in November 2004, is an intergovernmental report based on a four-year scientific study of the Arctic conducted by an international team of 300 scientists and sponsored by the eight arctic nations (Canada, Denmark, Finland, Iceland, Norway, Russia, Sweden and the United States) and six indigenous people's organizations. It concludes that the average winter temperatures in Alaska and other arctic regions have increased by 4 to 7 degrees Fahrenheit (3-4 degrees Celsius) in the past 50 years, twice the rate of the rest of the globe, and are projected to continue rising for the next century. Alaska is being affected by climate change and experienced its warmest summer on record in 2004, characterized by its worst fire season, unprecedented insect outbreaks, and significant coastal erosion. The warming has caused a decline in summer sea ice extent and thickness, allowing seasonal storms to increasingly erode portions of the Alaskan coastline. The Government Accountability Office (GAO) estimates costs of $100-400 million to move a single endangered Alaskan village, with some 184 villages seen as susceptible to flooding and erosion. 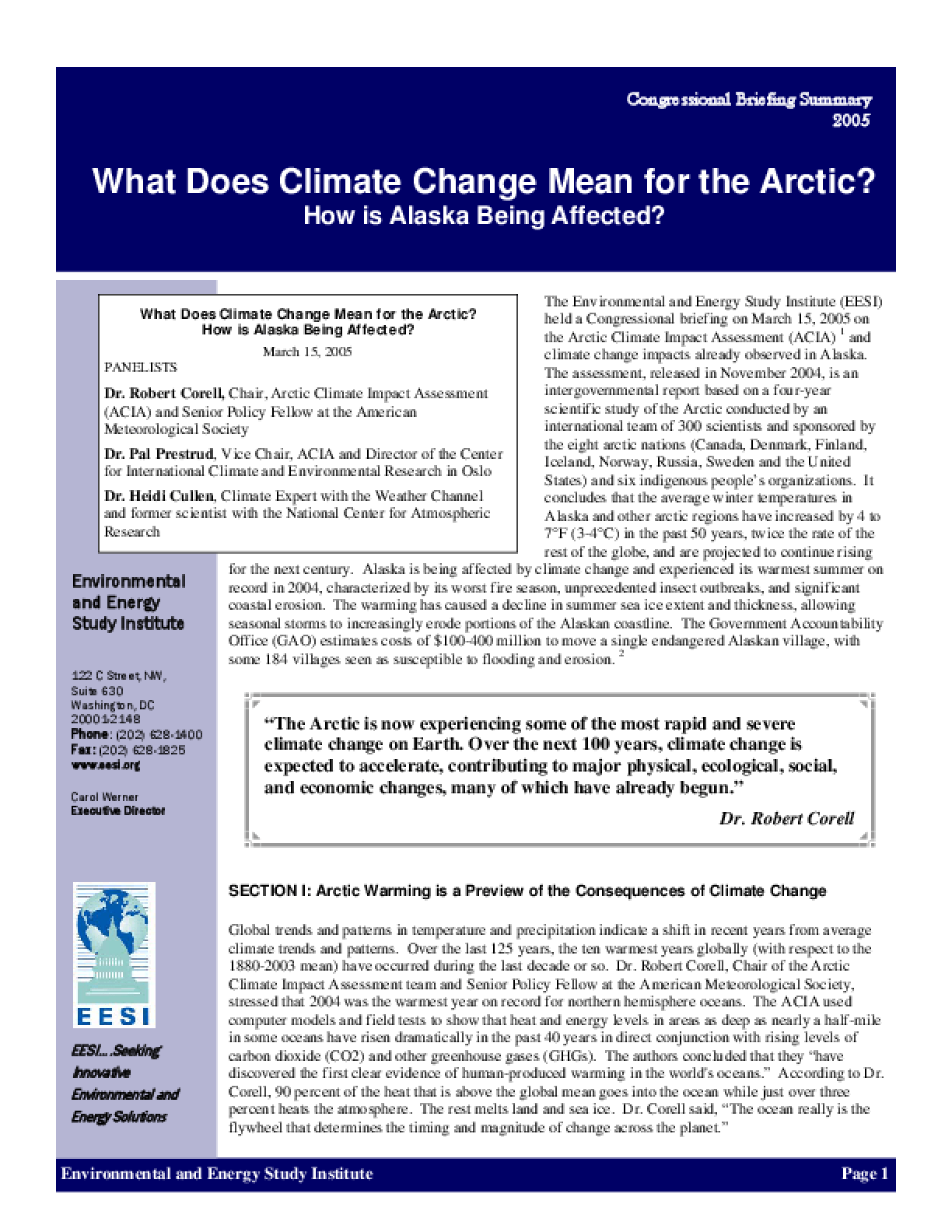