This report, released to coincide with World Refugee Day, celebrated every year on June 20, highlights recent developments in Israel's refugee situation. The report analyzes changes across the full spectrum of Israeli society, from government initiatives to community activism. In particular, we report on apparent failings in Israel's asylum application process. Since World Refugee Day 2010 we have continued to witness a deterioration in Israel's treatment of the refugee population. The government has consistently adopted provocative and negative language when addressing the issue of asylum seekers and has formulated a broad reaching plan to deter new arrivals. ARDC opposes these measures on the basis that they deny asylum seekers their right to dignity and contravene Israel's obligations under international human rights and refugee law. 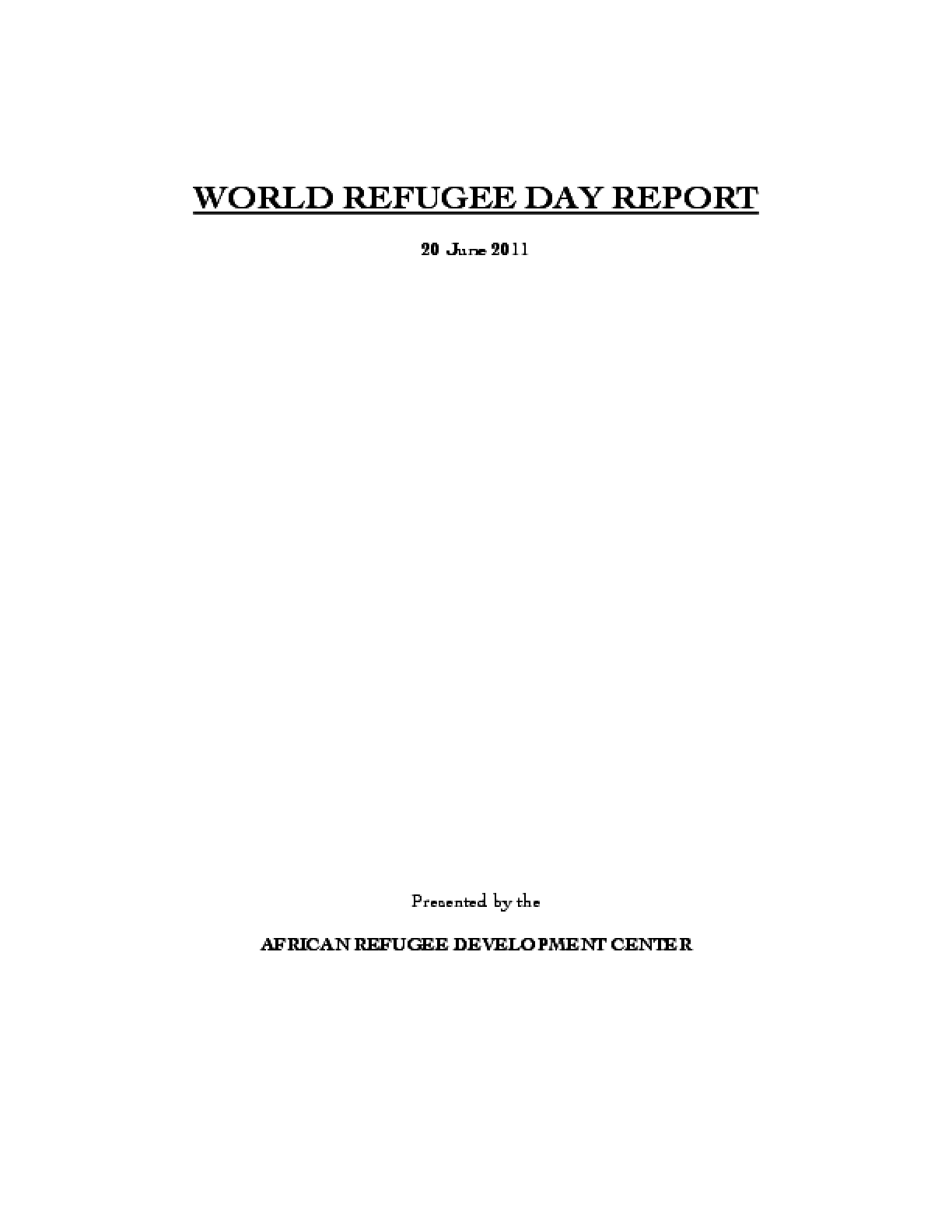